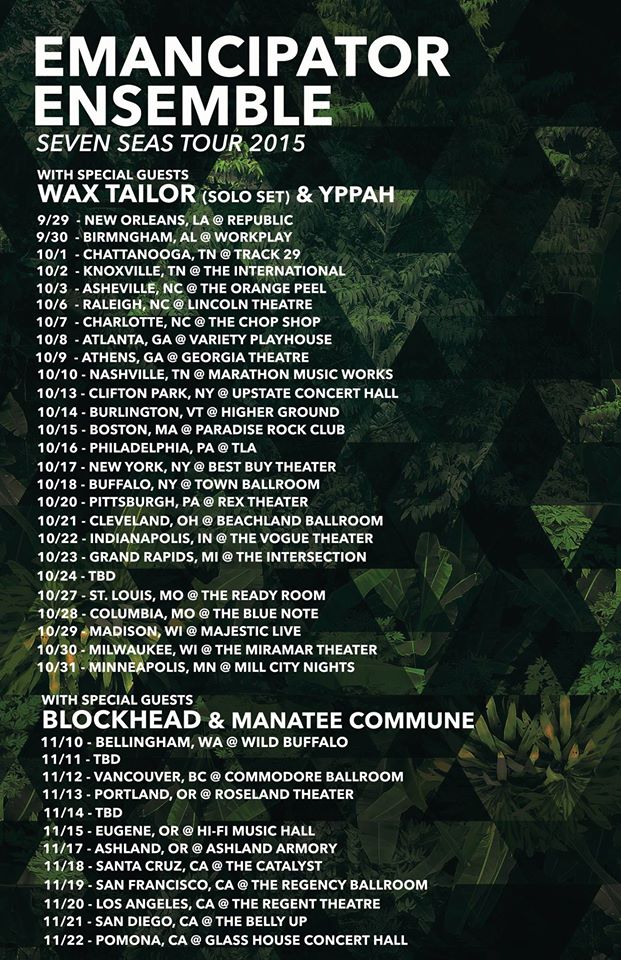 Emancipator is known for his hypnotizing, yet powerful music that incorporates various styles and instrumentation. Doug Appling’s been on an extensive tour promoting his most recent album, Seven Seas, with his live band, the Emancipator Ensemble.

The band, which includes longtime collaborator Ilya Goldberg who also operates under the moniker Lapa, bassist Mub Fractal, and drummer Colby Buckler, have an undeniable chemistry—it radiates from this live version of “The Key,” as does the emotion that is typical of Emancipator’s music.

Anticipation builds quickly as the track sets off on a smooth start. Just about two minutes into the build, an unexpected drop full of melodies and beautiful instrumentation makes it immediately clear why Emancipator’s music, along with the Emancipator Ensemble have gained such traction—especially in the live setting.

This edition is from the Live in Athens performance that was recorded earlier in the year, only at the time, “The Key” was still unreleased. In addition to this gem, Emancipator just launched the new music video for the title track, “Seven Seas”—don’t wait any longer, go check them out today!