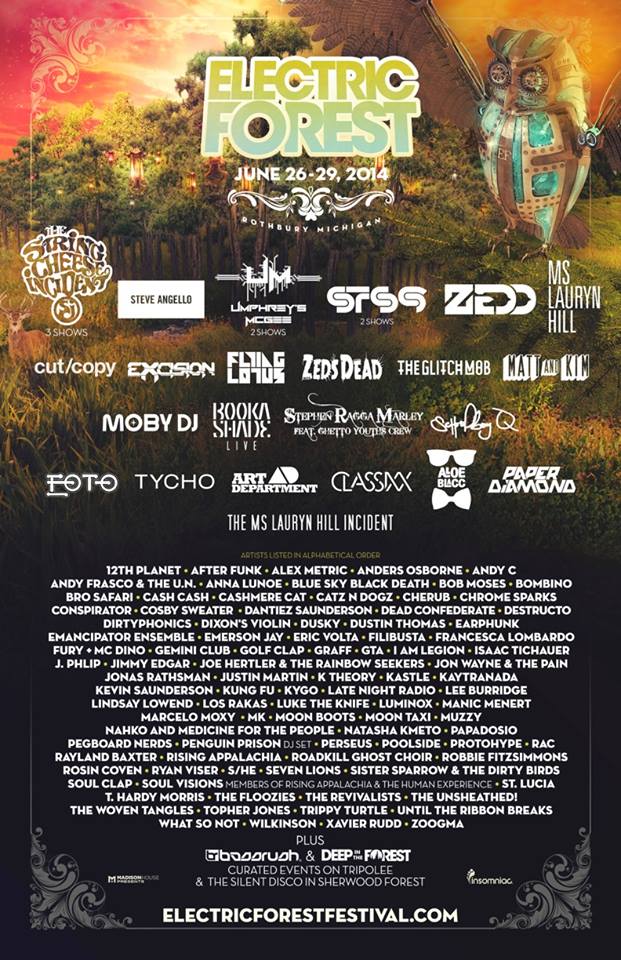 You asked for it, and Electric Forest has delivered. Fans hoping that Pretty Lights Music all-star Michal Menert would make an appearance at the well-regarded, well-attended annual festival in Rothbury, MI from June 26-29th have not only been surprised by his fourth round addition, but are over the moon with the news that he will be performing alongside young gun Manic Focus for the first, large-scale Manic Menert set.

The Liberated Music act has been making waves in the glitch-hop and electro-soul world with his impressive remixes and solid original tracks. He has appeared alongside Menert in the past, most notably at the latter's Fillmore Auditorium show in Denver last November for the live debut of their collaboration, "The One You Love," but this will be the first time the duo performs a set together at a festival. Menert is expanding his stage show with the debut of the Michal Menert Big Band at SONIC BLOOM the previous weekend in Colorado.

Also joining the bill is prog sextet Umphrey's McGee, who just this past weekend headlined the midwest's other festival mainstay Summer Camp. This will be the band's first appearance in Rothbury since 2009 before the event was picked up by Madison House and Insomniac and became Electric Forest.

Other notable additions to the lineup include Blue Sky Black Death, Late Night Radio, and another Liberated artist, guitarist and producer MuzzY. Denver staple and club specialist Marcelo Moxy makes his Forest debut. The Untz Challenge V winners will also be on hand, as Filibusta and Ryan Viser take to the stage to revel in the glories of victory.

The stacked lineup is finally filled out, as the top tier acts STS9, EOTO, Tycho, Zeds Dead, Excision, The Glitch Mob, Booka Shade and more are joined by plenty of incredible artists from the world of jam, jazz, funk, indie, bluegrass, and world music. And there will be trap, too.

Join TheUntz.com as we will be unveiling something brand new and special for fans and artists on-site. We're excited to be getting involved with Electric Forest once again, as it is one of the prime events of the summer.

Grab your tickets before it's too late: electricforestfestival.com.