Now in its 18th year, Insomniac's Electric Daisy Carnival will return to Las Vegas Motor Speedway June 20-22nd, 2014. The massive EDM blowout reeled in 345,000 revelers over its three-day stand last year. The party, which brings together the biggest and best stars from across the dance music spectrum will once again focus heavily on production and spectacle, as the festival is an event for all senses.

Watch the trailer for the 2014 edition, which features information about this year's festival. The soundtrack of this mini-movie cut from 2013 footage features an exclusive mix from superstar DJ/producer R3hab.

With off-shoot events now in Orlando, London, and even in Puerto Rico, EDC Vegas remains the feather in Insomniac's cap. The three-day event is part of the bigger EDC week in Miami, which features EDM Biz, now in its third year. EDM Biz is a conference for members of the electronic music industry, and features speakers, panels, and plenty of special events on the strip in Vegas. This year, EDC week will feature an all-new EDM awards show.

This year, Insomniac is rewarding return festival goers with a rewards program. Purcasers of 2011, 2012, or 2013 EDC passes will have first crack at tickets. “Headliner Loyalty Program” passes will go on sale for 24 hours, beginning on Nov. 25 at 12 p.m. PST and ending on Nov. 26 at 12 p.m. PST.  An Early Owl Pre-Sale will follow on Dec. 2 at 12 p.m. PST. Additional details regarding the Headliner Loyalty Program and Early Owl on-sale dates can be found on both the Insomniac and EDC websites. 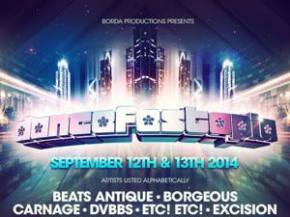 [PREVIEW] Everything you need to know about Dancefestopia (Kansas City, MO - Sept 12-13) 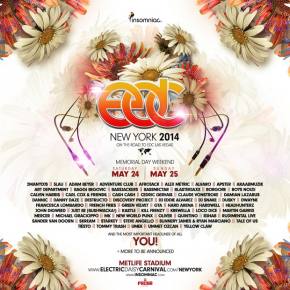 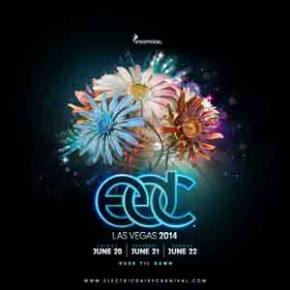