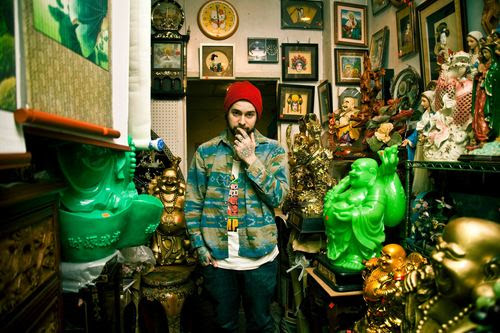 While most artists seem to have a hard time releasing even a little music, let alone frequent and consistent quality albums, Chicago native Edamame doesn’t seem to have those same problems. Ochre, his tenth album (headscratchingly prolific for a 27-year-old), which was just released on Loci Records, and shows no signs of faltering in any aspect.

Drawing inspiration from a recent trip to Guatemala for a festival appearance, this orchestra of organic soundscapes is a downtempo masterpiece from front to back. Standouts like the single "Tongue" and "Tree Shadows" delicately play in a liminal space that is at once emotive and relaxing.

Using predominantly naturally-influenced sound and actual field recordings he captured on his phone, the album has a beautifully melancholy, yet introspectively elegant feel to it throughout. All this, coupled with the assistance lent for the album by downtempo legend Emancipator (who has struck gold for his label with Tor, Stêv, and Frameworks), makes this album an absolute dime for anyone who appreciates the beauty in music.