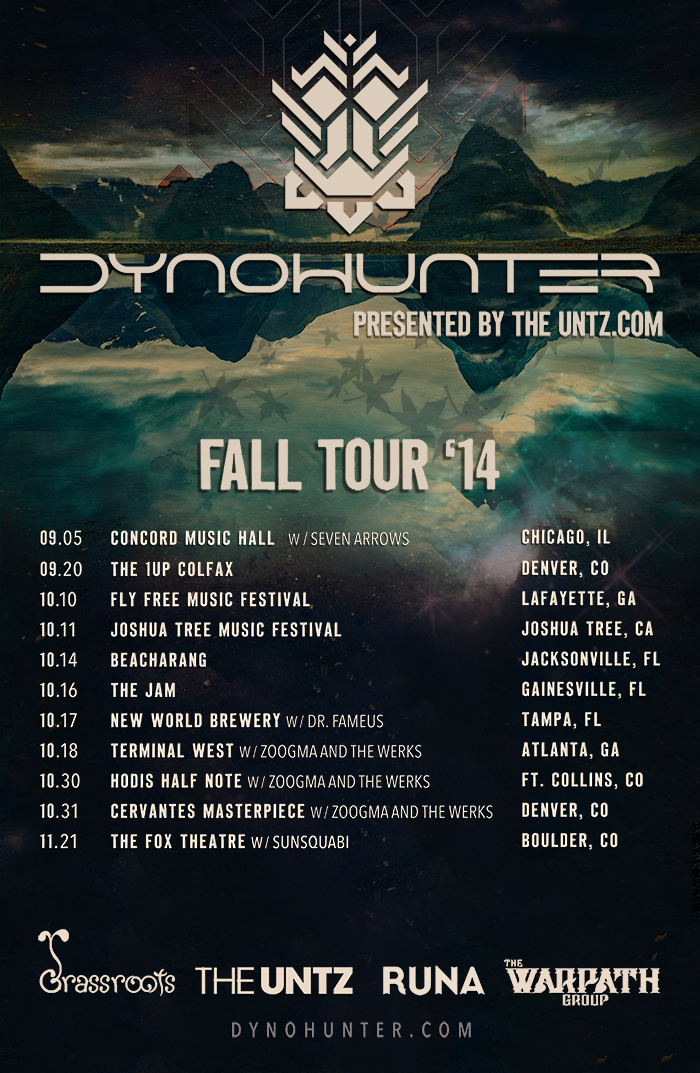 The DYNOHUNTER squad continues to roll into the fall. The Boulder-based trio of saxophonist/producer Clark Smith, bassist Fred Riesen, and drummer Justin Ehmer are gelling even further with each live performance, and the looseness and fun transfers directly to the audience with each night on stage.

Today, DYNOHUNTER announced its fall dates, which take the band into the southeast for some huge dates, as well as some big ones at home in Colorado.

On September 20th, the band hits the hottest new spot in Denver, The 1UP on Colfax, before heading out to back-to-back festivals in Georgia and California. Then a string of Florida dates runs right into the massive Zoogma vs. The Werks tour at Terminal West in Atlanta, GA on October 18th. That will be a barn-burner, guaranteed.

DYNOHUNTER rejoins The Werks and ZOOGMA for a Ft. Collins show right before a massive Halloween show at Cervantes with the monster package. The tour closes up with a November 21st pairing with SunSquabi at the Fox in Boulder. Expect a TON of sit-ins on that night.

While you wait patiently for the tour to hit your town, check out DYNOHUNTER's brand new remix of Resonant Frequency's "Take It Off." The trio puts a housey spin on the future funk original. It's just going to whet your appetite for more from the hustling outfit.