On Friday May 20th we will be going hard at Club Polaris/The Starlight Ballroom as Steez Promo, Good Vibes and Seraph bring you Philly’s first Drop It Hard, the show that brought the hardest in dance music to Baltimore. On this night you can expect nothing but the hardest and the heaviest as we bring you world class hardstyle, from the Netherlands own Showtek, along with the hottest in the regions hard dance DJ’s. As always there will be a massive sound system and eye popping visuals and lighting, so if you like it hard don’t miss this show.

Showtek experienced a meteoric rise to fame between 2007 and 2009, releasing their first artist album “Today is Tomorrow” (2007) a masterpiece that became a rapid worldwide success; along with continuing their performances all over Europe at virtually every major dance festival in both Australia and North America. They had solo events in Holland (6,000 people) and Australia (over 10,000 people) and more recently they became the 1st hard dance act ever to sell out a solo event in LA, USA (4,000 people). Their stunning live-shows, devastating DJ sets, and above all, massive production hits, have led to absolute world domination.

In addition to their Showtek responsibilities, these brothers are also the proud owners of Dutch Master Works – a label under which they release their own tunes, although they have some other producers join the ranks. Dance-floor bombs like “FTS” and the award winning “Hold Us Back” have catapulted the label amongst the best selling in the hard dance world and in 2009 in MIXMAG denoted it “The World’s Premium Hardstyle Label”. If all of the above wasn’t enough for you, they had the honor of being the 1st Hardstyle act to do an Essential Mix on BBC Radio 1, playing to millions of listeners. They have scooped 3 awards at the annual Hard Dance Awards, picking up “Best Track” in both 2008 & 2009 and received best DJs award in 2009. They also received the Beatport award for bestselling track of 2008 on the beatport portal.

Doors Open 9pm and an all ages event. 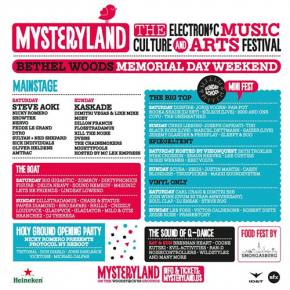 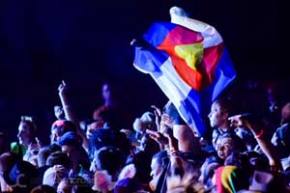