I have to apologize for not getting last week’s post written. I’ve needed to take a break and step back for a bit. In the music industry, you’ve got to be ready to take on anything. This week I want to talk about how important it is to be diverse, yet organized.

What sets some DJs apart from the masses is their diversity. Recently, I’ve been having a lot of conversations with fellow DJs. The art of being a DJ is much more complex than the simple mixing of track A and track B. Selection is much more of an important skill than mixing. Everyone has a unique style when they play for a crowd. Hell, you have a unique style even if you’re not a DJ, whether you realize it or not. I personally only go out when there is a solid artist or particular DJ in town. What determines, at the end of the night, whether I’m going to venture out is the diversity that comes with them and their style of play.

Artists generally fall into one major genre and then have elements of different subgenres—if the artist is particularly talented. My problem with going out today is the lack of diversity at major shows. If you’re somewhat interested in the dubstep community, I’m sure you’re dealing with this, as well. A majority of openers on bills featuring top headliners are playing extremely heavy, amped sets. It’s great to see someone absolutely slay a crowd, but what I’m talking about is making sure that local supporting DJs and crews keep it different. If there’s one thing that has happened over the past two years of going out almost every weekend, it’s the distaste for heavy brostep all night at most dubstep nights. DJs and producers stick to one subgenre and just sort though what’s hot in that field. It work sometimes, and consistency can be great, but when it comes to music please take the chance to try different things.

There is no way for anyone to keep up with all the music out there, but what I find to be most effective for a lot of acts is keeping a unique style and flow which vary broadly across the spectrum of a particular genre. If you’re a dubstep DJ, you’ve got a wide variety of styles and subgenres—which is the reason why dubstep is so popular right now. It’s a mother genre, which has spawned all sorts of children that all branch out into different subgenres. Neglecting the wide span of styles is silly. There’s a reason why there are so many labels to help everyone describe the sound. Here is a perfect example: you can listen to the latest Mala tune and then the most recent Datsik track. They might both be dubstep, but have a completely different feel and energy. Subgenres help keep things different and diverse.

The next step is organization. If you’re as anal as me, you’ve started using the comments and description sections in iTunes. Figure out a way to organize all the different vibes and subgenres. I usually like to place each track or album under one master genre. After that, I make notes for each tune—subgenre, vocals (if any), vibe, whether or not it works for an intro, etc. This helps when I’m playing or deciding what to warp. My Ableton set has about 300+ tracks that I have ready to play and everything is color-coded based on the feel or vibe. All this prep work translates into organization. Now, when I’m playing live, I have all the different styles, subgenres, moods, etc. labeled and can freely go wherever I want. If you were to keep everything under electro, house, dubstep, or specific BPMs, you’re limiting yourself by leaving out all subgenres and styles. I believe organization is the key to diversity because it allows you to head in whatever direction you want at any time.

All of this prep work will help any producer or DJ adapt to changing environments. Chances are, you’re familiar with who you are playing with and know what has been played already, so you have a clear indication of the mood—you can decide whether you want to switch it up, or keep riding it for awhile.

At the end of the day, the DJ controls the crowd. I’m a firm believer that if you’ve been booked for a show, you’re the one who decides what you’re going to do and not the crowd. If you want to play some breakcore, do it! The only thing I say is “keep it fresh and new every time you play.” Throw in that breakcore track, but don’t play an hour of it. In today’s world, it’s easier for people to be exposed to more music than ever before. If you’re going to play classics, make sure to keep some dubs in your set to bring in an element people haven’t been exposed to, as well. Take the opportunity to give both a nostalgic feel and also a “hey I’ve never heard this before” feeling. This is a prime example of diversity. It’s the key to standing out and improving your all-around approach. You don’t want to be the DJ who obviously just logged on to Beatport and bought all the latest top charts. Anyone can do that. The same goes for playing the same BPM or subgenre all night. Throw a little bit of everything into the pot, from time to time. You’ll be surprised how interesting it is to mix. Try going from future bass to downtempo to drumstep to brostep to trip-hop to crunk to glitch-hop to juke to luvstep. It just sounds exciting!

The diversity and styles of a performer is a huge part of a quality performer. 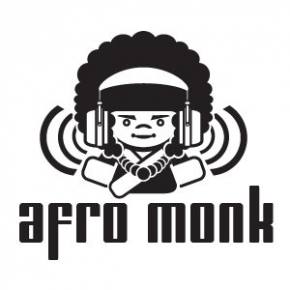