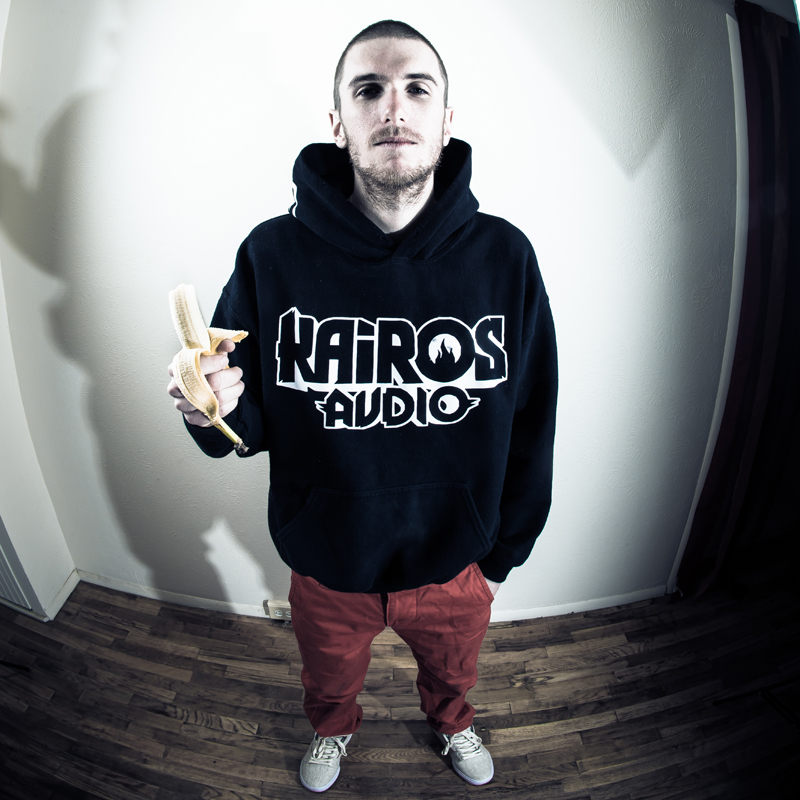 "Studio Monkey" might be the more appropriate moniker for Colorado's Dirt Monkey. Constantly innovating in a rapidly changing bass music landscape, the hustling producer has managed to keep his chops up while navigating the twists and turns of the industry. Which is probably why his latest album, CHROMA, is such a monumental achievement. If you try to keep track of all the changing trends over the past 16 months in the electronic music space, you'll realize that a ton has happened (at least to us dance music nerds).

No problem for Dirt Monkey, though, who ably swings from trap to dubstep to house to future vines with ease all while gobbling a banana and rocking crowds from coast-to-coast. Chroma runs through a half a dozen flavors, all while staying true to the man's sound and not trend-hopping for the sake of staying relevant.

In fact, today's premiere was chosen for the pure reason that Dirt Monkey so capably takes on these genres, mashes them up, and produces something undeniably fresh and fun. "Combination Style" revels in the sounds of Bass House, but also melds aspects of trap, dubstep, and techno. It's all over the place, but it's far from sloppy. This is pure talent with all the tools of contemporary EDM. It's a kid in the candy store with good taste.

Chroma drops today (August 30th) on Dirt Monkey's own imprint, Kairos Audio, with fellow Rocky Mountain State resident Jantsen. On top of the mountain of hard work, Dirt Monkey is still releasing this bad boy for free, so be a homie and throw some 'naners his way to show your respect for this wicked album.