New York’s DJ duo Designer Drugs were the special guests at “Throwed,” a weekly indie/electro dance party at Middle East Club in Cambridge, Mass. Their set was preceded by an emergency evacuation of the dance floor—literally—when the fire alarm sounded. Most people—myself included—thought it was part of the show.

A few minutes passed, we got back in the club, and Designer Drugs took the stage. Though they titled their most recent release “Hardcore/Softcore,” their set was anything but soft.

The double D kicked things off with “Through the Prism” followed by a quick transition into “Dead Meat,” both of which hail from their latest album, released in February.

Designer Drugs spent most of their set doing what they do best—remixing. They long ago mastered the art, managing to spin old songs into something else entirely, making the original song feel like a flat, passionless shadow of itself. Time and time again, they surprise me.
Their remixes ranged from Afrojack’s electro hit “Take Over Control” to metal throwback “Beautiful People” by Marilyn Manson. The crowd went crazy when Designer Drugs spun a Charlie Sheen edit of Duck Sauce’s “Barbra Streisand,” which managed to amuse and engage the audience, not to mention refresh a song that—let’s face it—is getting a little played out.
One of the highlights of the night was a remix of Nirvana’s “Smells Like Teen Spirit,” a throwback to ‘90s grunge that transformed us into head-banging moshers, jumping up and down, excitedly banging into each other.
Given their recent release, the duo could have made the set all about themselves and their original music, but instead, they played to the passion of their fans, who seemed to be in a constant state of anticipation, awaiting the next surprise remix.
As usual, Designer Drugs exceeded my expectations of what an electro performance should be—a medley of originals, oldies, and mixes that are consistently edgy and keep the people dancing.
Designer Drugs - Through The Prism (Drop The Lime Remix) 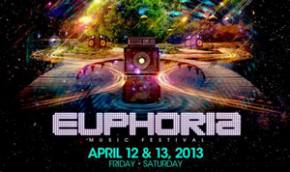 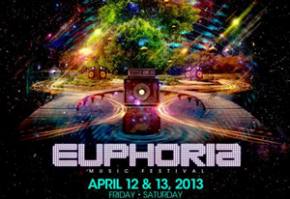 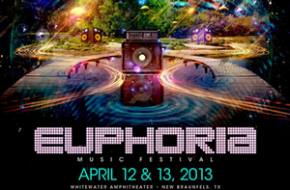 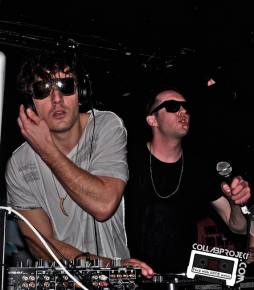