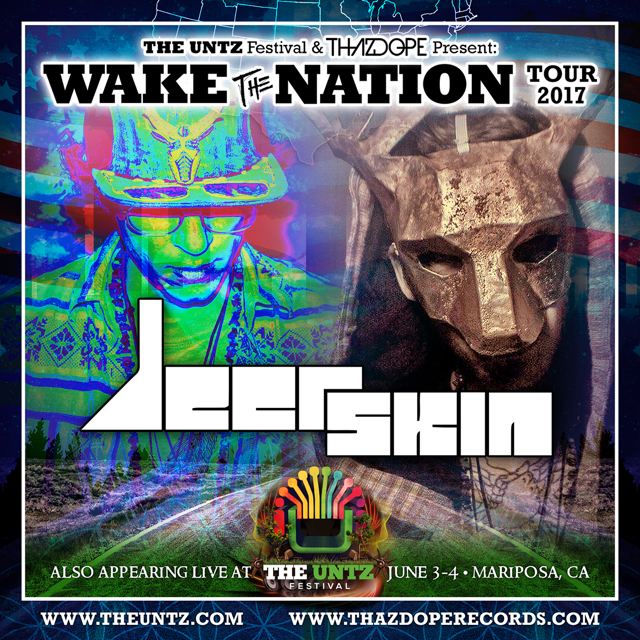 One of the big movers and shakers on ThazDope Records' is coming up on a big release. Paul Erskine, better known as Deerskin to psybass fans in the midwest, unloads Speaking with Spirits in just two weeks on May 16. He's become a go-to fan favorite coming out of his Milwaukee base, and slowly breaking out of the market into new cities, but his biggest turn will come as one of the key figures on the Wake The Nation tour, covering plenty of ground this month and eventually running straight into The Untz Festival from June 3-4 in Mariposa, California.

We snagged ourselves a delightful new track from the album, “The Message,” which shows off just the kind of twisted subsonic realms we love to explore with Deerskin. Full of indigenous instrumentation and mind-bending psychdelia, this new cut has us all sorts of excited for the new record, and his performance at our festival.

In addition to being a part of the ThazDope crew, Erskine is part of the Faceless Future Collective. A lot of people are clawing at Deerskin to get him on the team seeing that he's such an all around swell guy and makes some killer music.

Catch Deerskin alongside Vusive, Alejo, Psydell, Toadface, Moniker, Eazybaked, Prophet, and so many more on ThazDope Records' stage. Nab your tickets at www.theuntzfestival.com before they're gone!