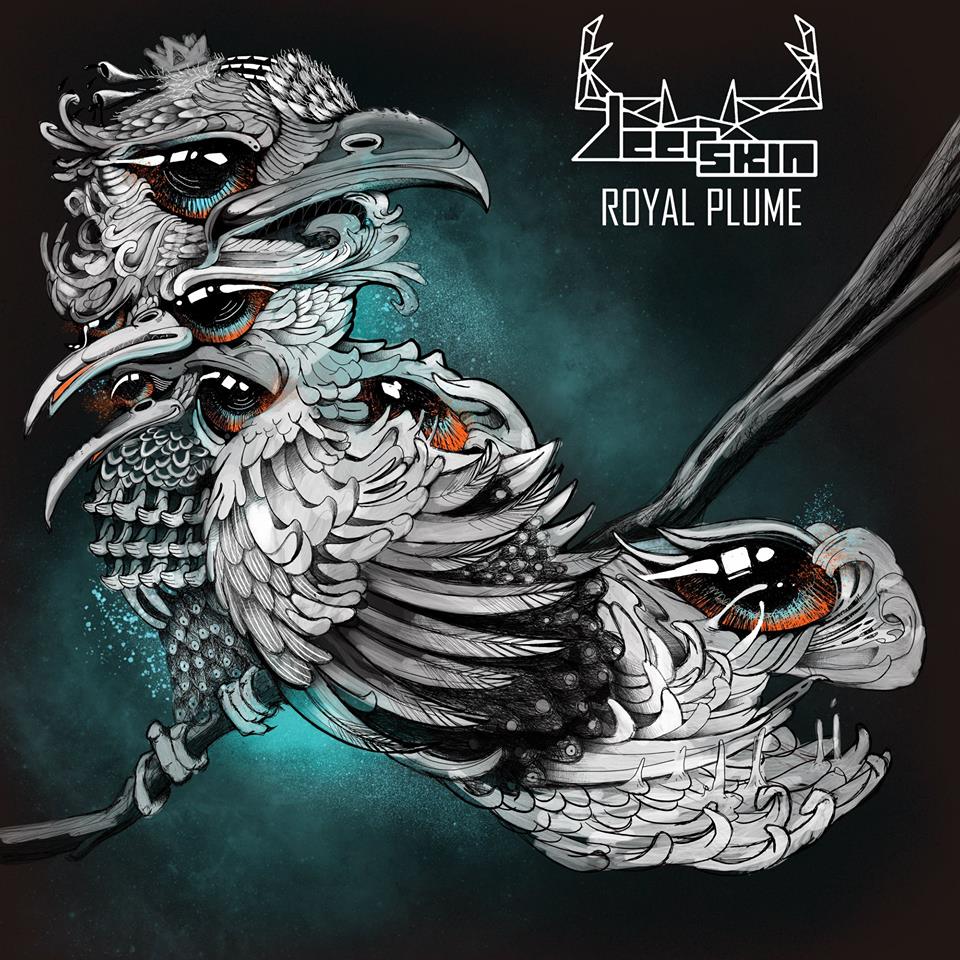 In a psybass world that has gotten stale and downright yawn-inducing recently, Paul Erskine is still pushing the envelope and breathing new life into a tired scene. Consistently, Deerskin has been releasing groundbreaking tunes that buck the trends of psychedelic bass music, while still satisfying his dedicated fan base.

“Royal Plume” is giving us mad CloZee vibes with its haunting eastern strings. Like Chloé Herry, who has also taken her exotic glitch sound and blazed a new trail, Erskine is plunging headfirst into unexplored territory and returning with wildly innovative gems. The whole package with Lex Newtho's dazzling art really does hit us right in the feels. And don't worry, wooks, even though Deerskin is breaking all the psybass rules, there's still some didgeridoo sounding wubs in there, so just calm the fuck down.

At the end of the month, Deerskin will be headlining Driftmore Music & Arts Festival in Platteville, Wisconsin alongside some UNTZ faves like MiKrodot, Patches O'Malley, and ZeroGravity,