Datsik is one of the most beloved figures in all of dubstep, coming out of the fertile Canadian scene with Excision and Downlink. Thanks to collaborations with Bassnectar and Steve Aoki, Troy Beetles has become a leader of the EDM industry, even more so now with his Firepower record label. Following last year's phenomenal Identity Festival tour and the Deadmeat tour with Aoki earlier this year (which followed his debut album, Vitamin D, on Aoki's Dim Mak label), Datsik helmed a hardcore tour of dubstep fanatics as part of his first Firepower tour. In January and February, Datsik hits the road once again with Firepower Reloaded, featuring GRiZ, Barron & Rekoil, Brillz, and more. 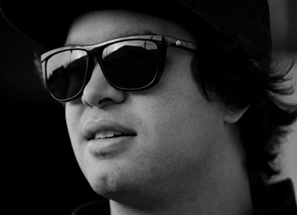 To date, Datsik's label has released singles and EPs from Terravita, xKore, AFK, Getter, and this week, DKS. His Can't Get Enough EP debuted yesterday at firepowerrecords.com. Host Anand Harsh talks to Datsik about being the boss of his own label, touring with huge metal act Korn, and the early days of dubstep. After an Australia trip, and sandwiched in between two major international tours, Datsik is headed off to Kauai for some much needed R&R, but The Untz Podcast is back and blazing for glory. We've got Wick-it the Instigator next week. Strap it down.

Today's show is brought to you by Rdio. Listen to millions of songs ad-free wherever you are from your home theater system or desktop computer to your tablet or smartphone. Subcribe online at rdio.com.