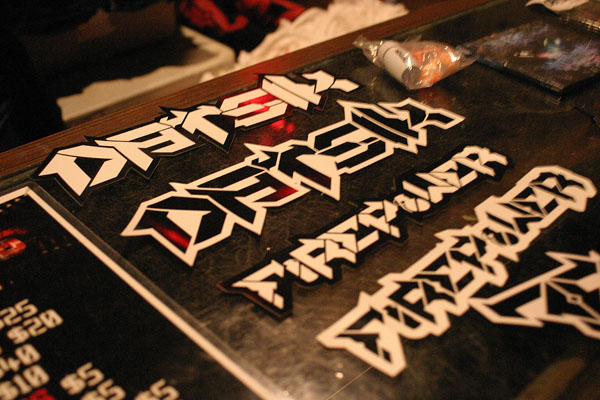 After Dada Life literally brought the roof down in October of last year, Datsik fans were informed that the show at the Westcott would be postponed until January. Disappointment was apparent amongst concertgoers, many of whom had already purchased their tickets, but the Westcott at the time was more focused on keeping their venue standing for future shows. And for obvious reasons, another room-throbbing concert after the Dada Life chaos was exactly what they didn’t need. 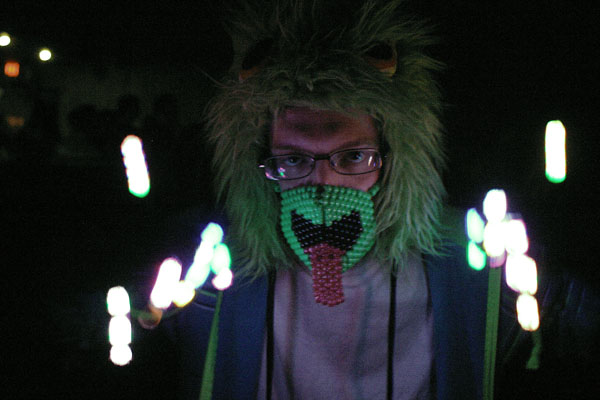 The Westcott appealed to their fans though, and allowed admittance to the January 15th show with tickets from the original date. As a result, the concert was sold out, hype was intense Tuesday night, and the venue was jam-packed long before Datsik arrived on stage. When you walked into the small venue, you were surrounded by the pulsating vibe of true ravers. There was kandi strewn on almost everyone’s arms, fluffies and fishnets on girls, and neon everywhere. Further, glovers weaved their way through the packed dance floor – so if you were heavily feeling the music, you needn’t go far to find a light show. The crowd was generous, as most raves are, but the music was hard and pulsating, as dubstep and Datsik are expected. You were found in a wave of almost every type of raver, in the small, intimate venue.

The Firepower tour date, sponsored by Rockstar, featured not only Datsik (Canadian dubstep artist and producer Troy Beetles), but phenomenal performances by his openers GRiZ and Rekoil, as well. Each DJ had something special to offer with their performance, culminating in Datsik’s appearance on stage. Rekoil was impressively in tune with the sounds he was making, literally lip-syncing to his “wub wubs” and the lyrics of his mixes. When he started jamming out, the crowd followed and screamed. He was only an opener, but he had the audience feeding from his hands. GRiZ took it up a notch and arrived on stage with a saxophone. His sound was much funkier, making it easy to groove and dance. The sound was refreshing in-between the harder styles of Rekoil and Datsik. He played popular favorites like “99 problems,” “Where’s Your Head At?” a sped up version of “Gold Dust,” and the drop to “Internet Friends.” 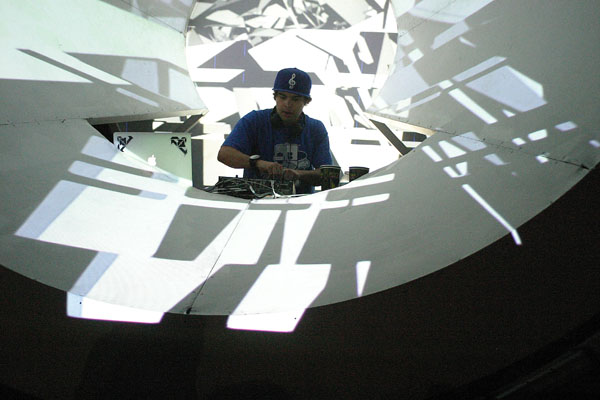 Overall, the lights and effects of the show were somewhat below par. Rockstar promoted itself on a huge sheet in the middle of the stage, distracting a lot of the attention from the first two DJ’s. So at first, it was undoubtedly disappointing that it seemed like the show was focused on Rockstar promotion rather than the music. But when Datsik finally came on stage, it seemed like that negative immediately redeemed itself. The sheet was pulled off The Vortex, and out came a giant light sphere with Datsik smiling at the center of it. The crowd went crazy, they cheered and chanted his name.

When the music started, the crowd was consumed by goose bumps and the impending feeling that ears were about to bleed. If you looked up, you could see tiny specs of the ceiling falling down. It was ever so subtle, and obviously (hopefully) nothing to worry about, but it proved just how intensely the music was vibrating the entirety of the building. He played his favorites that the crowd jumped and threw their hands up, and irony made its customary appearance when he dropped popular songs from Dada Life like “Kick out the Epic Mother Fucker.”

The show was a success from all aspects of the production, despite the original reschedule that left fans wary. The DJ’s showed a camaraderie with one another and the venues light and effects production redeemed itself when Datsik finally came on stage. But the best part of the Tuesday night concert was, indeed, the crowd. Nothing breathes more life to a show than the dedicated concertgoers who attend them; no matter what day and what obstacles come their way. 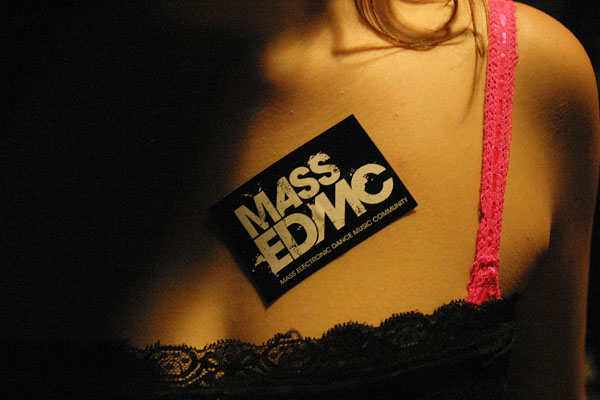 *I also want to lend a shout out to MASS EDMC for having one of the best groups of people and ravers in the scene. I met an Albany MASS promoter and was wowed at the fact, not only because of the distance, but because it was a Tuesday night show! EDM knows no bounds--what’s class?