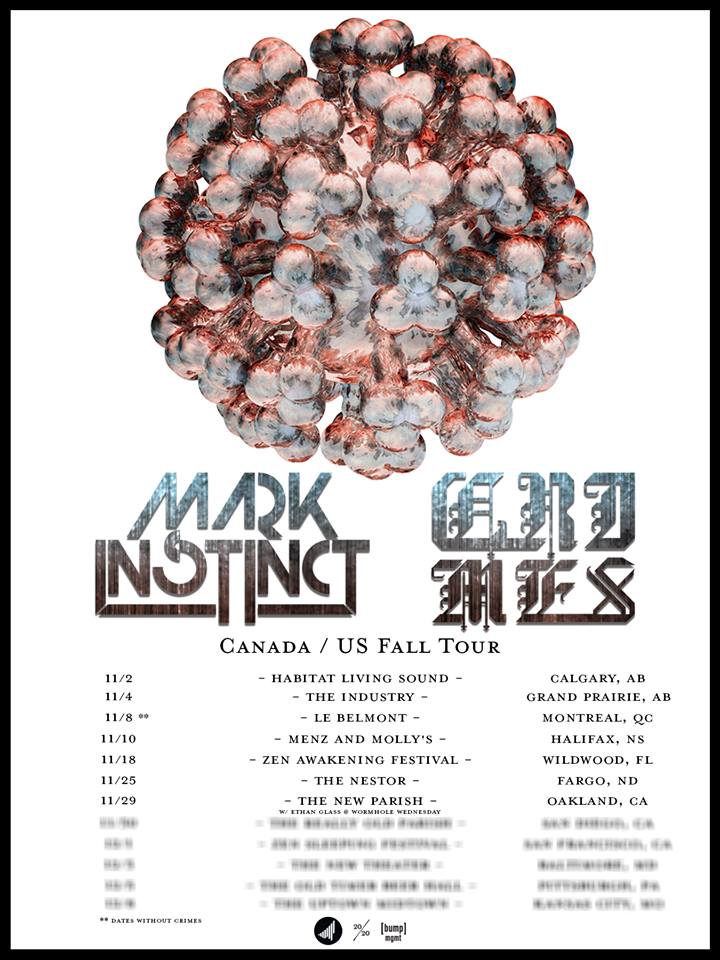 We've been keeping our eye on Chris Morley. The west coast bass producer has been racking up the Soundcloud plays through cutting edge releases on Saturate Records, 20/20 LDN, and more, as well as hype remixes, collabs, and more.

On November 6, young CRIMES! makes his Vandal Records debut with his 95 EP. Featuring four original tunes with a variety of looks, the EP represents a departure from the experimental, slimy, and grimey sound many fans might associate with Morley, and into more chill, groove territory. Playing within the confines of the drum & bass and halftime frameworks, the bold producer gives nods to Dilla as much as he does to NOISIA.

Take for example, “Hevee,” both the lead single and our selection for a premiere, today. Working in a rubbery, lofi synth space, Morley ducks and weaves with the elegance of a chop 'em up hip-hop producer. But there are elements of contemporary DNB and underground production techniques. There's space for futurism and retro flair within this release.

Tonight, CRIMES! kicks off his Canadian tour with the legend Mark Instinct. Jumping off at The Habitat in Kelowna, the tour moves on to Grand Prairie, Montreal, and Halifax, before Zen Awakening, Fargo, and closing out this first slew of dates at Wormhole Wednesday on November 29 with our pal Ethan Glass.