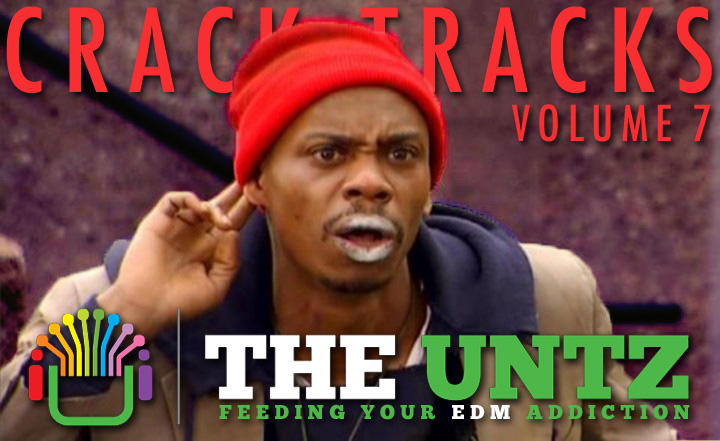 Magnus August Høiberg might be the most innovative producer in all of electronic music right now. The long haired Norwegian is bringing an often minimalistic and consistently endearing sound to the world, wooing listeners whether he’s producing under Cashmere Cat or Trippy Turtle. On “Wedding Bells” and his entire EP of the same name, we witness the burgeoning musician create a sultry piece of artwork possessing surprises at every corner. Høiberg knows what you’re expecting, and he gives you exactly the opposite. He knows many listeners want a riotous drop, but he gives them intricate drum and piano work instead.

You can’t help but smile when listening to Sable’s new EP. It’s got that ubiquitous Australian feel embedded deep within each blissful synthesizer, igniting inspiration in fans. Beyond that, though, are undeniable spurts of Jersey Club, giving the release that upbeat and infectious framework crucial to keeping a crowd on its feet. Mix that in with pitched vocals and you’ve got one of the most addicting releases we’ve heard all year. Picking favorites would be criminal, but we just can’t stop bumping “Heights” and “Mana Pool.”

February has been a great month for us so far. No only did we discover the poignant craftsmanship of XNDRJ, but we also learned that Canada has a London too. Can you say mind blown? We figured XNDRJ just spent his time jumping back and forth between Great Britain and Canada, but apparently within Ontario is another city dubbed London. We’ve yet to Google this mysterious city and uncover what sceneries it may possess, but what we do know is XNDRJ lives there and that is good enough for us. With “Dreary Mind,” the upcoming producer celebrates 1K followers on Soundcloud with a bewitching number that toys with your emotions. Haunting synthesizers set the tone within the first few seconds, drawing listeners in before introducing dark bass lines and fluctuating vocal samples. More spacey than Kevin, and that’s word to House of Cards.

The Brisbane badass strikes again, this time with a Pt. 2 to “Future Nubian Queen.” To be honest, we’ve been thoroughly perplexed with this one since it dropped. It’s a straight up skanker, but we are also introduced to elements of jazz and soul. The track knocks with fiery 808’s, yet still retains an entirely mellow ambiance throughout. There’s so much going on, but at the same time not much at all. For a second there he even busts out some snake charmer flute stylings. How does YUMO do it?

Samuel Truth - J+D
Samuel Truth is probably the nicest dude in all of music. An avid fan emailed the New Zealand based producer explaining the connection linking Samuel’s music and the relationship between him and his girlfriend, than asked if he wouldn’t mind creating a song for them. Most producers would laugh this request off and post it jokingly all over Instagram, but Samuel Truth was overjoyed to help. “J+D” is a Valentine’s present marking the love of Josh and Dylan, but everyone can enjoy this sublime number. The feeling of young love runs rapidly throughout the tune, and you can’t help but smile.

The love for Pilerats Records continues. You don’t even have to press play on this compilation for your jaw to subsequently drop to the floor. The tracklist will do that for you, leaving viewers shell shocked before they even immerse themselves into the first song. We’ve got artists like Odesza, Chiefs X Vaski, Esta, Trippy Turtle, Sable, and Ryan Hemsworth. It’s like the Olympics of dance music, where artists from Australia, America, Canada, and Norway compete for the most cutting-edge future beats. Each producer brings something entirely fresh to the table, and there’s not a single song worth skipping.

Sometimes a track just leaves you speechless. We try and write about it, but our hands are unable to conjure up any words. Completely and utterly breathless, and the only thing you can do is close your eyes and just wait. This is what happens each time we hear Tulpa’s poignant remix of “Life of Ever,” taking on the more upbeat and sax-heavy original from BABEL and giving it a downtempo twist. Gentle piano flickers, clutching drum patches, and an enlightening yet subtle twist on Lapsley’s dainty vocals. Can you feel the love?

France is killing the game right now with stellar electronic artists. We mentioned this last time on Crack Tracks, but it needed to be said again. Each week we’re discovering a new French producer that blows us away, and on Volume 7 that producer is Mincha. The promising artist hails from Bordeaux, and his debut EP from Trapdoor Records is a must-hear. Four songs, each one painting a vivid picture laden with awe-inspiring piano melodies, dripping wet instrumentations, and carefully placed vocal samples. Don’t sleep on this newcomer, because you’re about to see his name everywhere.

Sevnth Wonder - Fall 4 U
You might not have seen this coming, but we’re about to drop some Toni Braxton on your ass. That’s right, Toni Braxton. Sevnth Wonder brings the future R&B heavy on this one, mixing pitched vocals from “Roller Coaster” with luscious synths and distant, crashing snares. The kicker? It works. Like it really works. The Boston based producer continues to push the boundaries of what should be remixed or sampled, and each time he exceeds our expectations. Don’t be surprised if you end up singing along. We did.

Here’s a little more future R&B to close things out. On CAPSUN’s remix of “Crazy,” the British producer did what he could to channel summer. It may be the middle of winter for half the world, but sometimes you need a flashback to hanging by the beach, sipping brews, and soaking in sunshine. This remix is your soundtrack, kicking listeners back to July with a balanced blend of surging instrumentals and Kat Dahlia’s captivating vocals. This one is all about having fun, so just lean back and get to head-bobbin.