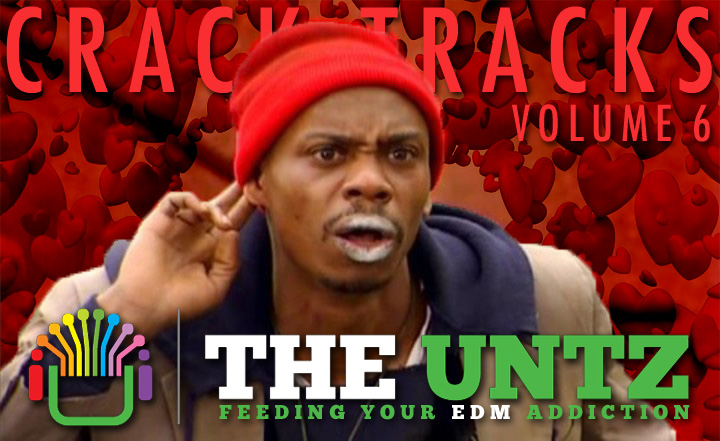 Wave Racer has been killing the remix game these past few months. Each time he brings something fresh to the table, and the Australian producer never fails to inject unrelenting bliss into each track he takes on. The only thing missing in the burgeoning producer’s repertoire is originals, of which he boasts only two. Well, until now that is. “Streamers” is what every time die-hard Wave Racer fan had been waiting on day and night for a long time now, surging tropical arpeggios into their anticipatory eardrums and turning a dull winter afternoon into a beachfront villa.

While we’re on the subject of producers who’ve put the remix game on their back but desperately lack originals, it would be criminal not to mention Cyril Hahn. In the same vein as Wave Racer, the Vancouver-based producer came into the week with only two originals to his name. Then on Monday he brightened up our morning with “Breaking,” combining his consistently exuberant instrumentations with the gentle vocals of Javeon alongside a smooth, garage-based beat. Just like “Perfect Form,” Cyril brings us another layered and exquisitely inviting track that grapples listeners from the very first listen and has feels for days. Don’t be surprised if you still have this tune on repeat in six months. That’s the power of Cyril Hahn.

In honor of Valentine’s Day, the good people behind Crack Tracks decided to scour Soundcloud for those sexual cuts perfect for setting the mood. We’ve got the heavy, the bass-laden, and even some sensual slow jams that are guaranteed to set things off. Below you’ll find erotic gems featuring an assortment of tags including “Booty,” “Babymakin,” and “Sexy Therapy,” starting off with Dave Luxe’s slamming take on John Hart and IamSu’s 2012 R&B slow-jam. Trust us though; there is nothing slow about this strip club ready anthem. The Belgian producer speeds things up while adding 808’s, soaring synthesizers, and carefully pitched drum sections without sacrificing the question on all our minds: “Who booty this?”


JUAN Cristobal - You, My Morning Therapy

The title says it all. You drank some wine with your significant other on Valentine’s day, went hard to Dave Luxe’s remix of “Who Booty” at least fifteen times, and now you just need to slowly take in the AM. “You, My Morning Therapy” is the soundtrack for that exact occasion, coalescing a sultry ambiance with a hip-hop based backdrop. Don’t be surprised if that low-key morning turns into some afternoon delight, complete with skyrockets in flight and holding your baby tight. Thank you JUAN Christobal, you’ve done good.

Kun - Baby When We're... (Next Refix)
Almost twenty years have passed since Next dropping their hit single “Too Close,” and it’s safe to say the 90’s R&B ballad could use a little updating. Well, what better time than the week of Valentine’s Day? On Kun’s hypnotizing refix entitled “Baby When We’re,” the Sydney based producer pitches up the vocals, brings in lush melodies, and provides listeners with a babymakin’ slow jam sure to knock the socks off your partner within the first minute. What happens after the socks come off is entirely up to you.

Sweater Beats & B. Lewis - Giving Up on U

“Giving Up On You” is the collaboration you’ve been waiting for. Both producers are veterans to the world of Crack Tracks, so it’s only fitting they jump on a single musical jaunt together. The track is intense, but it’s also super chill. It’s upbeat, but at the same time super relaxing. Dammit, how is that even possible? Scientifically speaking, this conflicting juxtaposition is made possible by the opposing coasts these artists stem from. B. Lewis brings those delicate California vibes while Sweater Beats layers that New York heat into the mix, coming together to form a musical baby worth hearing over and over again.

BLVC SVND might have the dopest profile picture on all of Soundcloud. You could look on your own, but we’re just going to describe it anyway. The backdrop is a picture of heaven’s gate, complete with a sterling staircase and breathtaking sunset. On top though is a well-placed selfie of BLVC SVND, showing off his good looks and glasses reminiscent of Will Smith in Wild Wild West. What’s he implying? That he’s heaven? That his music is heaven? We’re not exactly sure, but his recent edit of “Make You Feel” is undoubtedly angelic. Press play and you’ll hear divine snares, celestial piano melodies, and cosmic 808’s, all layered underneath the astral vocals of Alina Baraz. See what we did there?

It’s becoming more and more apparent from our endless search to find the cuttiest, most visceral hidden gems just how many French electronic producers are lighting up their respective scene. Recently we’ve featured Stwo, JUAN Christobal, Besnine, and Phazz, so without further ado we’d like to introduce our dedicated Crack Trackers to a new pair of Frenchmen. The two musicians from Lyon recently came together to create “WNBDWN,” and it’s safe to say the unorthodox collaboration just might blow your mind. Nikitch & Mart One don’t just toss you the goods right away. Nay, they lure you in. They make you wait until everything conjoins in unison, bridging moments of absolute minimalism with splashing drops filled with bubbling vocal samples and bright soundwaves.

Da-P – Aquafina
Producers often garner inspiration from an array of different fields. Some look to women they meet, places they visit, or the people closest to them. On “Aquafina,” Montreal-based Da-P looked to none of those things. Instead, he sought Megaman for inspiration. You might ask, why call the track “Aquafina” than? Because this shit is liquid. Let’s take that one step further, because this shit is liquid gold. We heard this bad boy on Soulection Radio #163 the other day and our jaws dropped. What is this we asked? It’s silky and bass heavy in all the right places. It’s got that future feel, but we still can’t help but think about our childhood. Those days we would obsess over Megaman on our GameBoy, and at the time nothing else really seemed that important.

Holy hell this is wild. Come on P.ortra.it and KRANE. There are rules to music. You can’t jump around different styles and tempos without warning. Don’t you guys know anything about music? The flow is much too complicated; and haven’t you even heard of consistency? These are things we might say if we didn’t like our electronic music served on a platter of weird, mixed in with a little uncanny. “Kontrast” stays true to the title, taking listeners on an abnormal progression of crashing drops and unexpected switch-ups with just enough melody to even things out. The San Franciscans are onto something with this, and we have a feeling you’ll be seeing more of them in the near future.

Alright, we got carried away for a second but we’re back with the sweet, sweet babymakin’ music to ease your way into the night. The Los Angeles resident recently hit 10K producers on Soundcloud, and with that milestone came this lofty beat. “Seduction” is a hip-hop influenced gem that utilizes a steady pace throughout, adding bewitching synthesizers and harmonious vocal samples along the way to seal the deal. You might be left speechless. You might find yourself with eyes closed, floating off into distance realms of your mind. Your girl will be saying “He went to starRO” after this Valentine’s Day. Seduction game sealed. 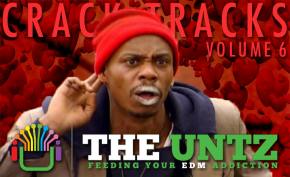 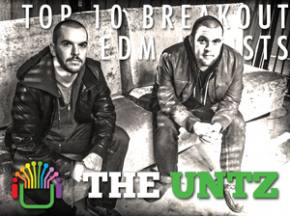 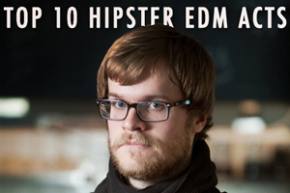