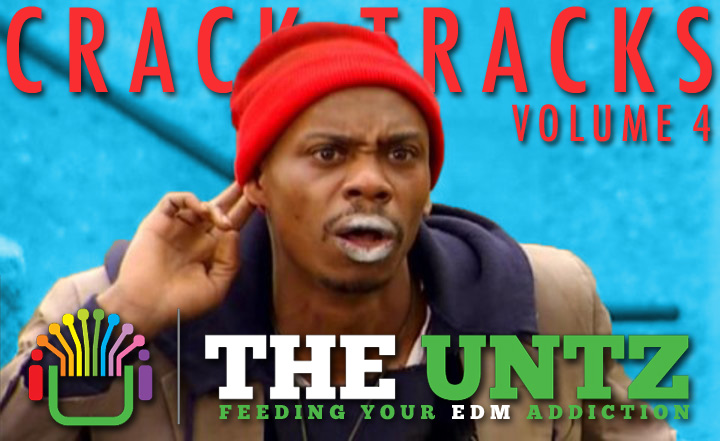 Whether you asked for the funk or not, we’ve decided to serve it up to you on a silver platter to start things off today. “Feel Alive” continually stays true to its title on a near four-minute rollercoaster ride that will simply make the world around you shine brighter. Just take our word for it. The French sensation known as Besnine exerts pure bliss on this one, juxtaposing fearless synthesizers, clutching vocals, and even some organ work while instantly turning melancholy into absolute elation.

According to Urban Dictionary, a prunk is “A mix between the words prince and hunk.” While we don’t know too much about Wandl just yet, we’re assuming the Austrian producer is letting all the ladies out there know that he is in fact very handsome. That’s what music is about right? Making tracks, than reaping the benefits soon after. Very rock ‘n’ roll of Wandl. On “Prunk,” the young beatmaker who we assume looks something like John Travolta in Saturday Night Fever provides us with a enigmatic, steady-paced knocker possessing uncanny sound design and a deep ambiance that we still haven’t fully wrapped our heads around.

Aaron Carmack continues to perplex us. Just when he was beginning to build up a steady Soundcloud repertoire, the Hawaiian mastermind decided to wipe out the majority of his uploads and start fresh. The only information he gave were tags like “Clean State” and “Life Change,” but coming with this mass execution of sound was five fresh creations released over the past ten days. He delivered bangers, smooth instrumentations, and even some Earth, Wind & Fire samples. The most recent and low-key of the tunes is entitled “oh, Brooklyn,” presenting fans with an eerie and minimalistic beat that captures your undivided attention without forcing anything.

Auckland, New Zealand is oozing with talent right now. Lorde just won two Grammys, Broods recently inked a major record deal, and fellow Joel Little prodigy Indira Force has also begun her ascent to solo recognition. On the electronic front we’ve had our eyes focused in the direction of HIGH HØØPS, FFFRANNNO, and Samuel Truth, each unveiling bewitching numbers for our listening pleasure. “Spotlight” stems from the latter of the bunch, gently congealing R&B stylings from Gibby Harris with his own alluring production on an addicting and thought-provoking jaunt candidly geared towards a desire for recognition.

Clean Bandit - Rather Be ft Jess Glynne (L W K Y Remix)
Directly west and a few hours flight from the aforementioned city of Auckland is Melbourne, home to three Australian producers who haven’t let up these past few months. L W K Y wasn’t messing around when they took on “Rather Be.” The official release already encompassed remixes from more-acclaimed artists like The Magician and Walter Ego, but these Aussie producers still found away to shine and stand out with their own unique take. First up is a trap-heavy drop. It’s heavy, without warning turning melodic snare slaps and echoing vocals into bass-laden madness before returning to its original state. The second drop…well, we wouldn’t want to ruin the surprise.
The North Virus - InfekSion EP

The InfekSion EP is for listeners out there who love a solid concoction of heavy and melodic. There’s a fine dividing line between the two fronts, but striking up a synesthetic balance between the two can result in more than just music. It becomes an experience, a frame of mind where gyrating on the floor and closing your eyelids to embrace your connection with a specific song becomes a singular experience. The North Virus does exactly this on their recent EP, taking a similar route to fellow Canadian trio Keys N Krates and creating dreamy, 808 filled anthems without sacrificing a single dosage of emotion.

Akouo might be the first producer we’ve ever featured from Tasmania, but what better way to start. The burgeoning musician recently unleashed a slew of imaginative remixes of artists like Banks, Childish Gambino, and AlunaGeorge, and now finally we get to hear the first single from his upcoming Mesa EP. With “Last Time,” we receive good vibrations from the very first note. Fluttering synthesizers, inventive snares, and lulling vocals all come together like magic, stimulating brain waves, and injecting instant elation into the veins of each individual listener.

The Aston Shuffle - Tear It Down (Indian Summer Remix)

Bringing things back to Melbourne, we provide your eardrums with Indian Summer’s majestic take on The Aston Shuffle’s hit track “Tear It Down.” Australia Day just passed us by, and after listening to Triple J’s Top 100 countdown we are just fiending for some more of that Down Under goodness. This one is all Australia everything, replacing the original’s disco leaning sound with future beats and tenacious drops that just dare you to stand up and dance. Can you dig it?

Is Jarreau Vandal bringing fannypack back? We sure hope so, because that trend should have never died. And now they have fannypacks with speakers in them, so it’s totally cool. You could bump “Fannypack” on your fannypack, grooving out to the song’s inviting mannerisms and lush instrumentations. On Vandal’s most recent batch of aesthetically pleasing beats, the Dutch producer from Amsterdam shows us what it means to achieve ultimate peace of mind via unorthodox drum patterns and appetizing melodies. What happens from 2:00-2:37 stays from 2:00-2:37. We won’t tell.

Just when you thought we couldn’t hit you with anymore cultural diversity on Crack Tracks, we decided to bring Brazil in the mix. We took you all across the world today. You saw the Great Barrier Reef, scaled a Hawaiian volcano, wrestled a Tasmanian devil, and entered the Anne Frank House in Amsterdam. And now, we end our journey with a smooth flowing beat from a producer we recently discovered by the name of NeguimBeats. His remix of El. Train’s “Rowdy” is a musical massage to your ear lobes, inspiring listeners with a sterling amalgam of hip-hop based beats, lightly rolled hi-hats, and harmonious synths. Get to know.