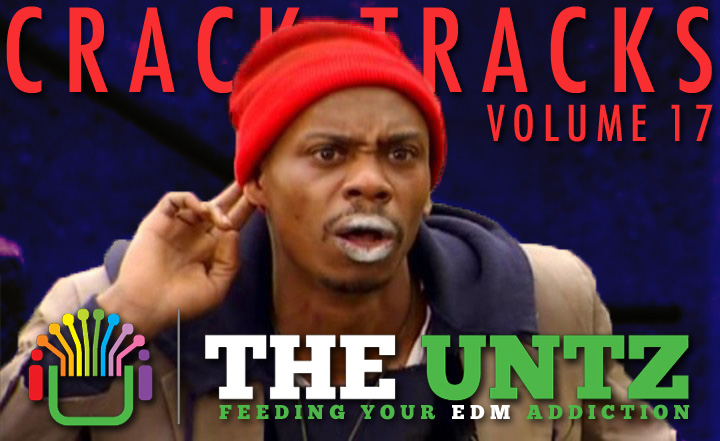 Austin’s Fault – You Can’t Find Me

Sometimes insomnia takes over, and the only true way for a producer to find peace of mind is to do what they do best. That’s exactly what happened to Austin’s Fault this week, stepping into the cockpit and whipping up a poignant beat that is uncharacteristic of his recent work. Regardless, the unhurried joint entitled “You Can’t Find Me” will instantly soothe the mind and soul of any listener, mixing lush synthesizers with precise drum beats.

We can’t tell what we’re more in love with. This chilled out remix from ABSRDST of “Gt40,” or ridiculous tags like #animalcrossing and #gotthemhoesinthekitchen. To be honest, it’s got to be a combination of the two. Utilizing 8-bit synths and a spacey amalgam of jersey club and chilled out trap, the east coast producer created a remix so unorthodox and fun that you can’t help but smile. It’s damn addicting. Don’t front. You’ll be listening to this all week.

“Say My Name” possesses quite possibly the greatest pop hook of the last 20 years, and people just love to mess with it. Every month we hear new remixes, covers, and people sampling the classic tune from Destiny’s Child, giving it a fresh touch and keeping that classic chorus alive. If any song is going to survive from the 90’s for generations to come, it will be this one. This week, we got a fresh touch from our favorite Australian twins Cosmo’s Midnight, injecting their dense soundscapes into the mix and topping it off with non-stop summer feels.

Coming straight from Ann Arbor, Michigan, we got a silky collaboration between Theodore Carl and Jonah Baseball. Those names might not mean much to you, and to be honest they meant nothing to us just a few days ago, but now we can’t get enough. “Kanoa” is a trippy, consistently fluctuating bump that has groove for weeks buried within each section. You wouldn’t expect this type of song to stem from two midwest producers, but we couldn’t be happier to know that this type of sound is infiltrating the states. Remember these names people.

The Ninetys continues to blow our minds with his constant diversity. Each tune has something fresh to offer, whether it’s a pulsing, speaker-rattlin’ anthem or something a bit more low key. This one can be filed under the dreamy department, layering big drum patterns underneath the dark vocals of JMSN from “Thing U Miss.” The drums just feel real and completely tangible, catching your attention while mixing perfectly with bright piano melodies and overall ambiance that just feels good.

OZZIE just hit 20,000 followers on his Facebook, and he has rewarded his die-hard fans with a heavy sampling, syrup sippin’ tune that will induce instant nirvana. Introducing a laid-back beat underneath well-known vocals from Jeremih and Mila J, OZZIE creates an R&B based gem that will have heads turning in the direction of whatever speaker system bumps this. It’s got enough 808’s to keep people moving, but still perfect for putting some headphones on, closing out the world, and simply letting go. Can OZZIE do any wrong?

Eagles For Hands has continued to kill the game on the low lately, and it seems the world just hasn’t fully caught on yet. Give it time though, and this British mastermind will start getting the recognition he truly deserves. His latest remix proves just how potent his sound design has become, taking on “Tokyo” from The Ramona Flowers and breathing a breath of fresh air into it with dance worthy, flickering harmonies that seem to instantly make the world a better place around you. You’ll be chanting “We’ll break these chains” in no time.

Your weekly dose of heavy dance vibes has arrived, and it comes in the form of a fresh new remix from Terace. The Sydney-based producer has continued to catch our attention since we discovered him a few months ago, and we just can’t seem to get enough of the madness that he delivers with each new number. This time, we get an effervescent take on “We Can Ride” from Go Freek that delivers the bounce directly to your eardrums. This one spells drinks by the beach, beautiful ladies all around, and good feels descending from the heavens.

Cosmic Quest ft. Molly Williams – Water Winds (KR$CHN Remix)
It’s been fun watching the genre of trap develop over the last year. We’ve seen new subgenres popping up, and producers working hard to bring new elements to the ever-evolving style. That’s what KR$CHN delivers on his most recent remix, taking the chill trap route but bringing in so many different flavors that it’s tough to pin this bad boy down to any one style. “Water Winds” toys with your emotion, jumping back and forth between gorgeous vocals and instrumental sections that make their own rules. Here’s another midwest producer for everyone to pay attention to; this one’s coming straight from Chicago.

Dpat released his In Bloom album via Soulection last year, and we haven’t stopped pressing repeat on the thing since then. Now, the album is getting a vinyl release and we’ve been rewarded with a bonus track entitled “Unbound.” The Houston-based producer takes the dark and ominous route, playing with deep instrumentations and perfectly pitched drums that seem to tell their own story. It’s like an abstract painting, mixing creatively crafted sound design that has no boundaries or anything to hold it back.