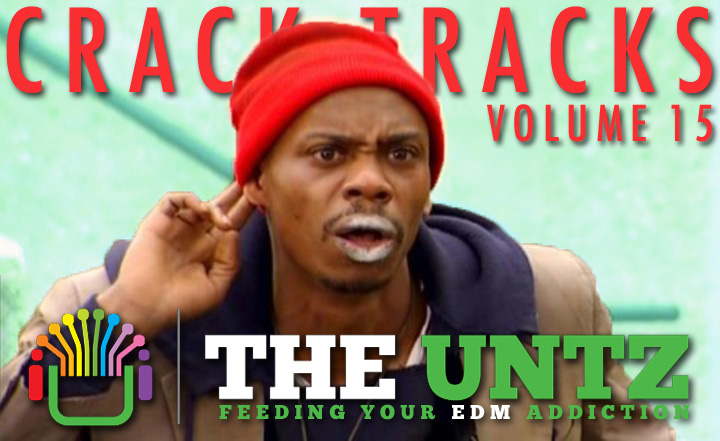 You better be careful when messing with a J Dilla instrumental. It’s basically hip-hop’s equivalent of remixing a song by The Beatles, something that better be done with absolute care and attention. Fortunately for Moody Good, he did exactly that. The OWSLA signee and London/Chicago resident took on “Fall In Love” from Slum Village, effortlessly transforming the laid back anthem into a straight dance floor smasher. He gives us unexpected drops, rambunctious synth work, and just enough of the original to keep the hip-hop heads happy. Well played dude.

Duke Dumont – I Got You (Ekko & Sidetrack Bootleg)

Summer is coming to an end in Australia, so Ekko & Sidetrack decided to fight back with a final glimmer of sunshine before embracing the colder months down under. Reworking “I Got You” from Duke Dumont, the Perth based duo gave the blissful summer gem a whole new feel by packing it full of drum ‘n’ bass feels. The upbeat bootleg will have listeners in the Southern Hemisphere taking advantage of the last few days of beachfront days, while those up North continue to fiend for the exact same thing.

The good vibes are definitely strong on this one. The Dutch artist known as Wantigga had all you party people in mind when he flipped “Just Friends” from Musiq Soulchild, giving listeners a steady knocker that is perfect for driving to a music festival or any big event. Heads will be bobbing when this bad boy kicks in. Anyone nearby will feel an uncontrollable smile sneak up to their face, followed by arms slowly jetting in the air in perfect unison. Can you feel that funk?

Soulection’s “White Label” series has been on fire lately, consistently spreading conscious music across the globe on a weekly basis. Recently we’ve seen some killer releases from Mikos Da Gawd, Zikomo, and Losco, and now the southern California based record label bring us a fresh three-song release from the one and only Tom Misch. The British musician has some serious talent. Clocking in at 18, the forward-thinking prodigy continues to mix his love for composing, guitar, and production to create visceral tunes that will quickly touch the heart of any listener. “The Journey” is no different, kicking things open with an instrument based, hip-hop beat possessing smooth jazz sensibilities.

Nömak– Clint
We’re having trouble uncovering any information about this mysterious Nömak character. So far, we know he’s from France. Not sure where in France, but most likely somewhere in the vicinity of France. Beyond that, we know that Nömak has made sound design his bitch; recently dropping an EP entitled Gluten Free that has us hanging on for dear life. “Clint” is undoubtedly a standout, combining bombastic drum work with ominous, organ style synths. Can someone make this dude a Facebook or Twitter or something?  We’ve got to know more about this dude.

SAFIA has been killing the game recently with their bewitching amalgam of bright, electronic production with ethereal and often sinister vocals. They struck gold with “Listen To Soul, Listen To Blues” and “Paranoia, Ghosts & Other Sounds,” and now it’s time for the remixes to start flowing in. The Brisbane resident Young Franco took on the latter of these two songs, injecting an unrelenting supply of deep instrumentations into the mix and creating pure elation. The tropical jam will equate to uncontrollable dancing for anyone luck enough to hear this remix, and absolute bliss is just a click away.

Watching ODESZA develop over the past year has been a remarkable experience. We caught them opening for Emancipator and Little People in March of 2013, and since then they have blossomed into one of the West Coast’s most promising electronic artists. Scratch that, one of America’s most promising electronic artists. Most recently, the Seattle residents have dropped a spine-tingling remix of “Open Wound” that will leave jaws dropping to the floor. This is the type of song you immediately fall in love with, jamming out alongside pulsing soundscapes that perfectly balance heavy and melodic with a dash of Asian influence. This is ODESZA’s best track to date. No questions asked.

The suave Frenchman strikes again, and we can’t help but abuse that repeat button. Based out of Lyon, noï has been unleashing an experimental form of electronic production that often nods to jazz, hip-hop, and trap at the same time. “Injunction” follows suit to this general rule, mixing buttery chord production with a lawless fluctuation that will keep listeners guessing at every corner. You could try and guess what magnificent spurts of production will leap at you next, but you’d probably be wrong. Just kick back, and enjoy the show.

Mitch Murder – Mirage (Sevnth Wonder Remix)
We try out best to feature as many new artists every single week on Crack Tracks, but it’s always tempting to stick with the classics. For instance, we’ve got Sevnth Wonder. Every Sunday, the Boston based producer drops a new tune for his fans to enjoy before taking they journey into another long week of work or school. He has never steered us wrong, but sometimes he drops a tune that would be criminal for us to not feature. His recent remix of “Mirage” fits into this category, bringing a chilled out trap vibe to the table that will leave listeners thirsty for more. Look no further then next Sunday folks!

The mind of Carmack is a mysterious thing. We tried to understand his unorthodox ways to releasing music, and realized it was almost too simple. But then again, what’s wrong with that? Make good music, and the fans will follow. Instead of spending countless hours promoting his music or having managers email every blog and record label across the world, Carmack just drops music. He makes it, then uploads it. Often times he’ll delete certain songs soon after, so it becomes a rat race to make sure you hear every track from the Hawaiian phenom. “aint loyal” doesn’t even follow normal grammatical rules, but it showcases his ability to make instrumental hip-hop beats with a dash of electronic influence. Perfect for breaking out some freestyles, or just laying your head back and letting go.