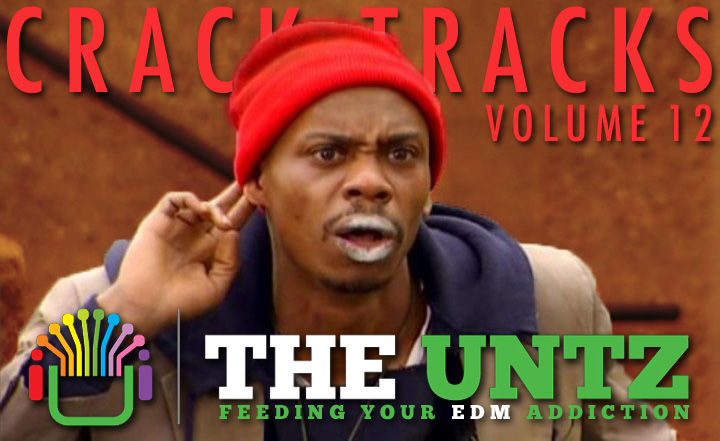 Hayden James is quickly becoming one of our favorite Australian producers. The Sydney-based prodigy possesses a style often reminiscent of Wave Racer, stringing blissful arpeggios together while knocking each remix he approaches out of the park. This time though, we think James might have outdone himself completely. Taking on “Sundream” from the Aussie group Rufus, we witness the burgeoning beatmaker inject his signature feel into the mix with absolute pizzazz, wooing listeners with shimmering synthesizers and choice drum sections.

Wilfred Giroux – U Make Me

Spring has finally arrived, and that means one thing: Crack Tracks is on the hunt for vibes. That’s right people; we want those delicious and rejuvenating vibes. Those vibes that will make even the groggiest old man lose his mind on the dance floor. Thankfully for us, Wilfred Giroux was thinking the same thing too. The British producer has a knack for creating lush, garage beats, and “U Make Me” is no different. The minimalistic track adds gentle layers to itself throughout, building off chopped up vocal samples while giving fans dancing material.

Medium Troy has mastered the art of timing. The Eugene-based trio have been playing their glitched out remix of “Tighten Up” for months now, but decided this week would be the perfect time to unveil it upon the world. Just days after the release, The Black Keys announced they would be unveiling a new album entitled Turn Blue on May 13th. They must be psychic or something. Even beyond that though, the song itself contains impeccable timing, witnessing the three members exerting their own individual talents into the mix like clockwork.

Two weeks ago, we featured a delicate gem entitled “Pray For You” from Tydes. This time around, he is back with a full EP. The self-titled release proves just how much talent is pent up in the mind of this Los Angeles resident, constructing an alleviating sound that will make fans of downtempo lose their minds. Each song is a journey, sparking a gentle amalgam of lofty vocals and flickering instrumentations that combine like honey and tea on a colder winter’s night. Topping this all off are two stunning remixes from BABEL and P A T H, each putting a unique spin on their song of choice.

Jhene Aiko – My Afternoon Dream (BeAle Remix)
We’ve featured producers from all over the world since Crack Track’s inception in January, diligently surfing Soundcloud in hopes of uncovering visceral gems from a broad array of countries and continents. So far though, Italy hadn’t made the cut. Until now, that is. Taking on Jhene Aiko’s most recent burst of heavenly melodies is BeAle, building his own visceral ambiance while retaining the American vocalist’s ability to induce instant dream state. Are you ready to float away from the real world with “My Afternoon Dream?”

It seems a new Australian producer with immense talent appears on our radar with each successive week. Where are they kids coming from, and how do they continue to impress each time? While we aren’t entirely sure how to answer either of these questions, there is one thing we can’t deny: JAWS is bringing that fire. The 20-year-old from Sydney left us speechless with “Satisfied,” coalescing soulful vocals with a dance-worthy touch that is deeper than the ocean. The words “Keep my fire burning” instantly draw you in, and there is no turning back after that.

Alright, we’ve got another immensely talented producer from Sydney for you. We didn’t even plan for this to happen, but we’re glad it did. This one goes by the name of Terace, and is bringing some deep house vibes that could incite a riotous party in any neighborhood across the globe. On his remix of “High,” we receive nothing but pure nirvana. The Sweat It Out signee infuses Disclosure-esque instrumentations with Nicole Millar’s consistently serene vocals, balancing upbeat with emotive from start to finish.

Now that we’ve featured an Italian producer, it’s time to take this country-hopping extravaganza one deeper. Can you say Trinidad & Tobago? That’s right, we went there. We randomly stumbled onto London Future this week, and our minds were left scrambled like a tasty batch of freshly made eggs after we pressed play. “Jump³” is exactly the opposite of what we expected, but we absolutely love being caught off guard. The talented producer layers schizophrenic synth work with pounding drums, and the result is literally massive. Get to know.

sojuju – Four Finger Rings ft. aywy.
Alright, we admit it. We’re getting a little weird with it, but why the hell not? It’s Spring Break, and life is good. This one comes from Dutch producer sojuju and yet another Sydney resident named aywy, conjoining their respective forces on a short yet entirely impactful trap beat. It’s grimy as hell, and that can’t be denied. It’s also ridiculously addicting, mixing unorthodox soundscapes with pitched vocals from the one and only Nasir Jones.

Closing things out this week is a majestic number from the Toronto-based producer OBESØN, and we have a feeling you will instantly fall in love. “Hazy” thrives via a well-coordinated fluctuation, bouncing back and forth between tame and more vibrant moments while solidifying a heart stopping balance that could literally bring tears to any listener’s eyes. Abigail Press then puts the cherry on top with her distant yet clutching vocals, gently floating above OBESØN’s harmonious production like a bird in the night sky.