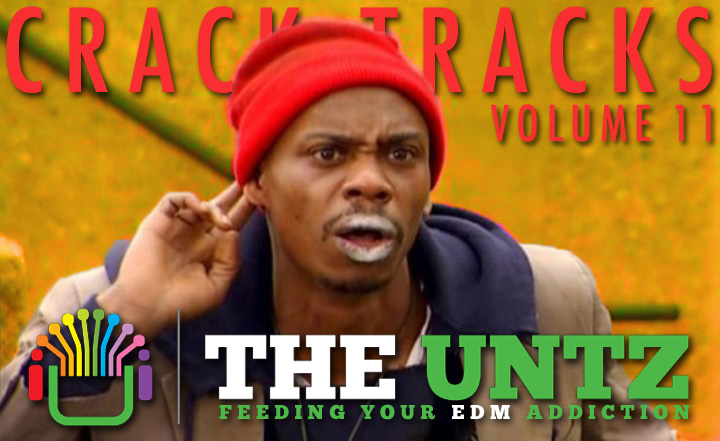 The Internet has arguably changed music for the better since its inception, helping songs spread to far reaching corners of the globe with the simple click of a button. This allows music lovers to find burgeoning artists thousands of miles away who are just getting their shine on, but also leads to a multitude of unlikely remixes and collaborations. Loston’s take on “Waiting Game” by Banks, proves this, once again, to be true. The Australian producer layers feverous synthesizers underneath the galvanizing vocals of the California-based vocalist, gently coalescing and resulting in pure, unadulterated magic.

Schoolboy Q finally dropped Oxymoron a few weeks ago, and hip-hop heads have been buzzing about the release ever since. With that buzz comes tasteful remixes, and one of the first to grapple our undivided attention stems from Jeftuz. To be honest, the Dutch producer just knows how to take on hip-hop and R&B song. Each time it’s something entirely distinctive, but that classic Jeftuz touch always remains regardless of his victim of choice. It’s balance that really catches our attention. He always brings fresh ingredients to the table, but the main course still grapples your taste buds.

When an artist names his track “Sexophone,” there are obvious implications of what your eardrums are about to experience. First off, there will definitely be a saxophone present. That’s just a rule. You can’t tease fans with a genius pun like that and not give them the goods. Second, there has to me some major sex appeal. Bring the two together, and you’ve got a killer combination. Our man HIGH HØØPS did exactly that on an older track pulled from the archives, bringing in smooth electronic elements along with a 90’s, West Coast hip-hop feel. Babies will be made. Cognac will be sipped.


Duke Dumont - I Got You ft. Jax Jones (Bondax Remix)

Hot damn, did summer come early this year? It’s become quite clear recently that the word Bondax is entirely synonymous with warm days by the beach, drinking in the AM, and falling in love. They just know how to capture that dazzling feeling on each successive tune, bottling up the summer months into each burst of glorious and groove- laden synthesizers. Their recent remix of Duke Dumont is no different, packing endless bliss into a feel-good anthem that is sure to end up on constant repeat during festival season. We dare you to mean-mug while this song plays. We double dog dare you.

Fonic Boom – I’ve Got You (Lovers and Friends)
We’re about to take you on a little safari through Australia, starting with this R&B based gem from Fonic Boom. The Brisbane-based producer randomly popped onto our radar this week, and we like to think the song found us, not the other way around. “I’ve Got You (Lovers and Friends)” bridges two opposing forces throughout, gently mixing dark and ominous instrumentations with an overarching and peaceful ambiance that will instantly ease your soul. We loved it the first time we pressed play, but it hasn’t stopped growing on us ever since.

Traveling down the Australian coast on our safari takes us south from Brisbane to Sydney and Ulladulla. Here, we run into a rare breed of creatures who go by the names of Yahtzel and L D R U. Luckily for us, they’ve got a brand new collaboration to share. “The Only One” provides fans with those shimmering Aussie synths that we know and love so much, turning melancholy into absolute elation once this bad boy kicks into gear. Press play, and the sun will start shining wherever you might be. It’s an awesome feeling.

Traveling farther inland takes us out of New South Wales and into Victoria. From there, we make our final stop in Melbourne to see SMBRGE. The 18-year-old producer just unveiled his recent remix of Adventure Club and fellow countrymen The Kite String Tangle, taking something beautiful and tuning it up a notch. “Wonder” focuses on detail, churning up each delicate sound with a specific focus not often seen in teenage producers. Gentle keys quickly swoon listeners, cocooning them amongst pitched vocals and slow moving soundscapes. Can you feel the love?

If you haven’t heard “Rather Be” from Clean Bandit just yet, we have to wonder what you’ve been doing with your life lately. The rapidly spreading single has already amassed over 20 million plays on YouTube alone, tapping into a sound that has clearly caught the attention of music fanatics across the world. Why is that relevant to this song you may ask? Well, Ribs is a member of Clean Bandit, and this is his solo project. “Delicately” is a quick burst of serenity delivered directly to your cerebellum, creating a sterling amalgam of garage-based beats with the tranquil melodies of Nikki Cislyn. Need we say more?

Cashmere Cat – Rice Rain (Kyross Remix)
We haven’t stopped bumping Cashmere Cat’s recent EP since it dropped a few weeks back. It’s that good. Regardless, every once in awhile you need to diversify your bonds and let someone else have a chance, and that someone goes by the name of Kyross. The 16-year-old Canadian producer took on our boy Cashmere Cat, meaning we didn’t even have to diversify that much. The track isn’t a total departure from the original, utilizing similar vocal and drum patterns at times, while still embedding “Rice Rain” with his own shoulder-shaking swagger. The vibes are strong on this one young Padawan.

Crack Tracks just finished its first semester of College. It started the first week of January, and has been going strong ever since. He managed to just barely pass all his classes, making time for the ladies and enjoying the local party scene. We started things off with a memorable tune from the one and only Sango, and now we close things out this term with an endearing remix from Edmonton based producer Tennyson. The 17-year-old touches up “Smother” from the British group Daughter, attaching a youthful and jazz-based finesse to the very bones of this track in a way that just might surprise listeners. It’s unexpected at times, but you can’t help but fall in love.