Since he was 13 in 1995, Chrissy Murderbot hasn't been following any conventions, whether it comes to the acid house and techno he was pounding out on old Yamaha consoles with less memory than your microwave, or flipping the script on juke and footwork as an underground DJ and producer living in Chicago. With more indie cred than a Pitchfork lineup, Murderbot has been roaming from eclectic clubs to basements brandishing his own brand of bizarro dance music drenched in old-school jungle and shifted up to 160 BPM. Funky, filthy, fresh, and fun, Chris Shively never gives you a dull moment.

On July 24th, Chrissy Murderbot will release his Friendship EP via Halo Cyan Records. It features two originals and remixes from Legowelt and Sumsum--one a veteran, the other a newcomer on the scene--and blends leftfield electronica with ghettohouse, jungle, breaks, and everything else Murderbot and friends can throw in there. 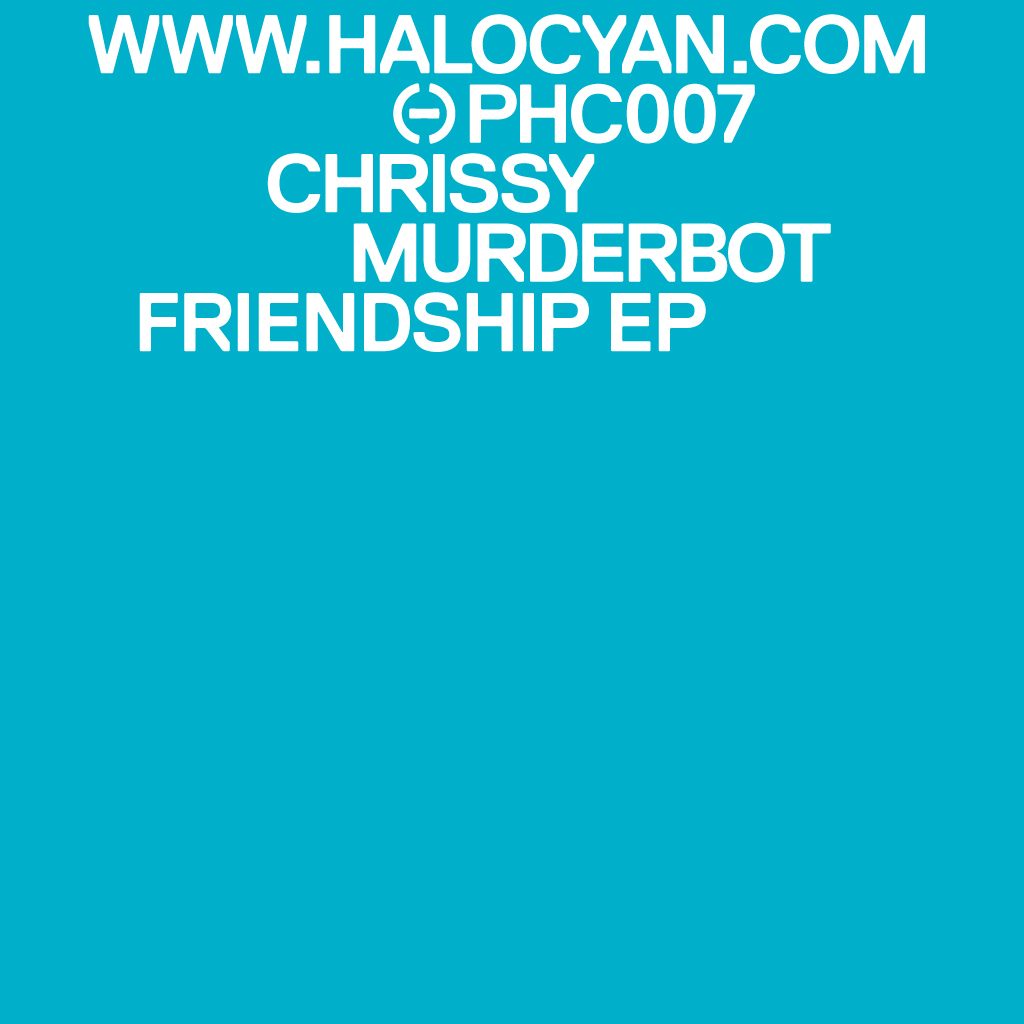