Candyland (Ethan Davis & Josie Martin) is undoubtedly at the top of its game right now—and we’re not talking board games. The Santa Barbara duo continues to prove they can do no wrong with each mind boggling, floor shaking banger they unleash. The two young guns are living the dream at this point, and doing it with a sort of musical A.D.D that keeps them crossing genres each time they bust out a fresh, undeniably rowdy tune.

On their latest cut, Davis and Martin decided it about that time to “Make It Bun Dem,” or make it “Cinnabun Dem,” if you’re into that. While this song has been everywhere lately due to the Beatport remix contest surrounding it, we can promise this is one of the most momentous versions yet. The track opens up with an endless supply of ethereal drum smacks and daunting synth progressions, before belting out a ferocious surge of hectic, yet melodic dub womps. Candyland doing work on this bad boy, and we can’t stop abusing the replay button.

Also released recently from Candyalnd is a thunderous OG remix of “Gangnam Style,” as a big thank you to their followers for helping them reach 10,000 likes on Facebook. The original has easily become one of 2012’s biggest viral videos to date, so it’s no surprise Candyland’s fans chose this ubiquitous Youtube anthem for them to remix. The song opens with some head-bobbing trap tones and earth-rattling drum work, which serves as the perfect underbelly for Psy’s game changing vocals. We can almost guarantee you’ll be doing the “Gangnam style” by the time this revamp fully kicks in.

Candyland has been on a roll this past year, and show no signs of letting up anytime soon. Also worth checking out is their jaw dropping switch up of “Pressure,” which shows the heavier side of their meticulous production. Catch them headlining INTO THE AM’s US tour with Singularity and MitiS this fall, and keep your eyes out for more Candyland. 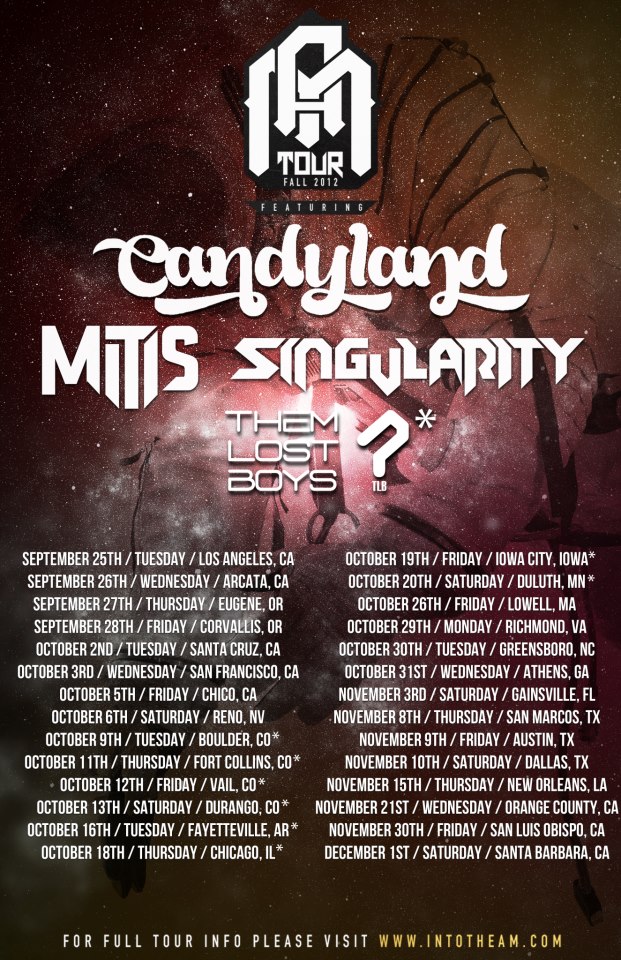