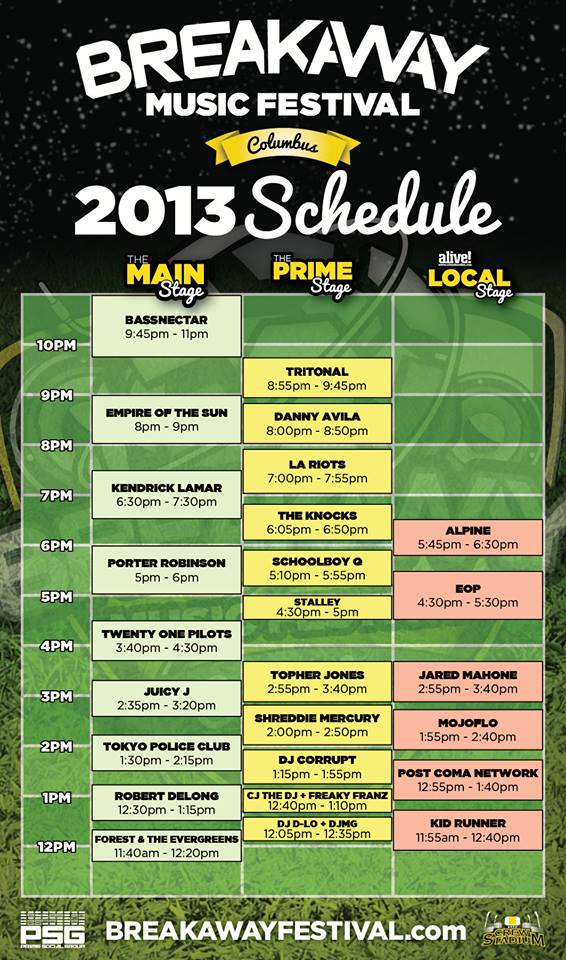 The inaugural Breakaway Festival, presented by one of the midwest's premier promoters, Prime Social Group, is kicking off in just over a week at Columbus Crew Stadium in Columbus, OH on September 14th. The first-year fest will be followed up very quicly by round 2 in Dallas the next weekend.

The Cbus bash today revealed its schedule of events, which features Mr. Bassnectar all alone at the top for his headlining performance. Scattered across three stages, the night's electronic offerings include Empire of the Sun, Porter Robinson, Tritonal, and a whole host of incredible up-and-comers as well as established touring acts.

The concept of bringing festivals to soccer stadiums is not a new one, but an underutilized one. With the success of Breakaway, more cities, teams, and promoters could get together to put more shows in these giant, cushy arenas complete with all the amenities. Best of luck to PSG!