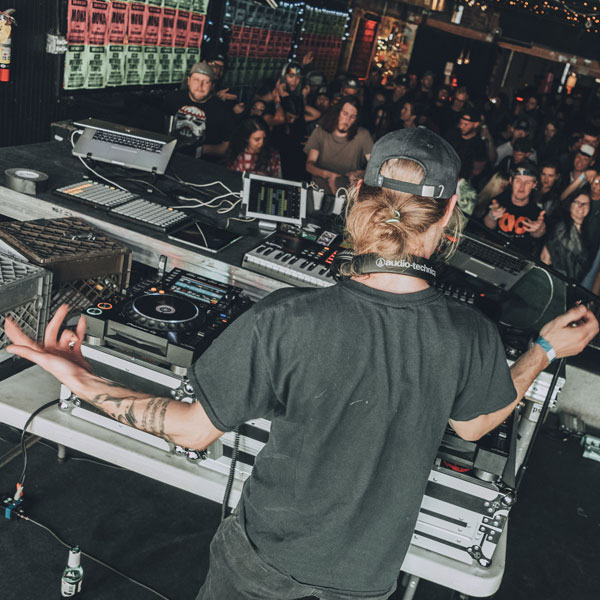 Few artists have enjoyed the meteoric ride Boogie T has experienced over the past year and some change. Bursting out of a fertile riddim scene, the multi-instrumentalist and, let's face it, professional comedian masquerading as a down and dirty dubstepper has shed his underground, pigeon-holed persona and blossomed into one of the industry's brightest shining luminaries. Having broken out of his shell as a headliner in his own right, the combination of energetic live shows, hilarious live-streamed videos, and thunderous tunes have more than put him on the map, it has blazed a trail of its own.

Brock Thornton has been touring hard with SNAILS this fall, and before that was jet-setting around the country from festival to festival spreading his filthy sounds from coast-to-coast, but he still found time to assmeble a tightly knit EP for his Ganja White Night buddies. The SubCarbon label today pushed the SOUL'D OUT EP out onto its platforms, and fans are already eating it up.

It's nice to see the label really cultivating its family approach, because of the four tracks on the EP, two feature fellow SubCarbon acts Dirt Monkey and Subtronics. “Beef” and “Shape Shifter” show off Thornton's versatility as good as the originals, “Sell Out” and “Raven Master,” and the cohesive thread of the collection is easy to pick up on, without getting tired and derivative. What's great about tracks like “Sell Out” and “Raven Master” is that Thornton is tongue-in-cheek playing with musical tropes and infuriating internet backlash leveled at musicians with his own winking take. He's getting out ahead of criticism, thumbing his nose at the opinionated snobs, and making kickass tunes at the same time. Nobody can fuck with Boogie T, because he fucks with himself and his brand twice as hard. Take that.

Of course, the original material is just a launch pad as any fan who has seen Boogie T live can attest—Brock blasts these tunes into outer space whenever he sets foot on stage.

The bottom line is this: all the hype around Boogie T—it's warranted. This kid is something special, and whether it's his infectious grin or his goofy antics that first draw you in, the musicianship is absolutely there, and it's going to be what makes him the next big bass superstar (as if he hadn't already snagged that title for himself).