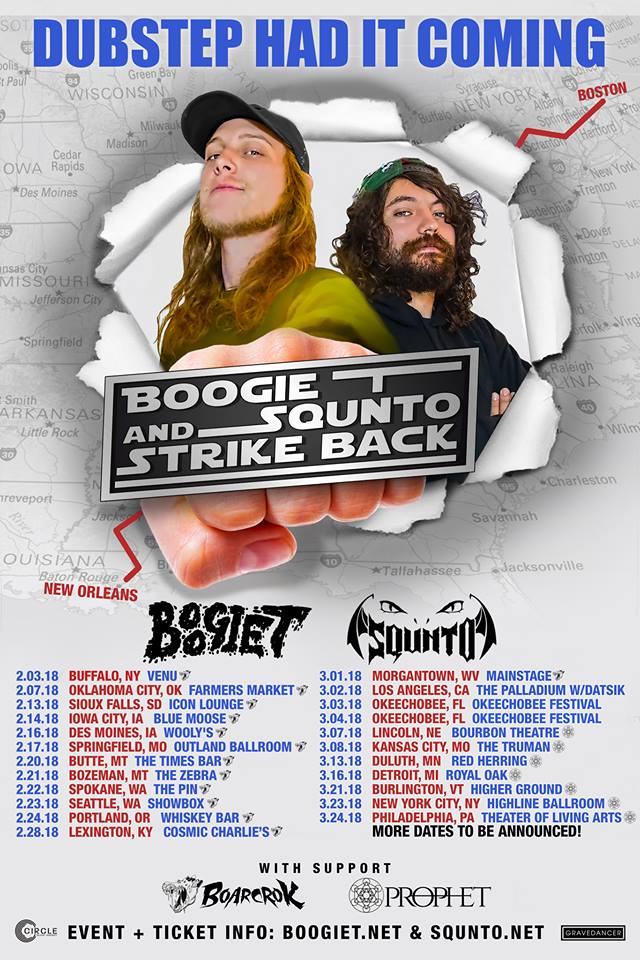 While producers across the country are trying to avoid the "D" word, Boogie T and SQUNTO are embracing it.

With the tagline “dubstep had it coming,” two of the hottest young artists in bass are headed out on the road. The freshman crop of young guns that yielded these two chopping madmen is breathing new life into the dubstep game, and there's no wondering why artists from Snails to Big Gigantic to Datsik to Ganja White Night have swooped them up into support slots.

But those days maybe soon behind them as these two sonic masters grow into headliners of their own accord. Straight after Brock Thornton gets off The Shell Tour, the boys will start Boogie T and SQUNTO Strike Back tour in Buffalo, New York. Then it's on to the Plains states, Montana, and into the Pacific Northwest with Boarcrok in support.

After a massive show in LA with Datsik and multiple sets in Florida at Okeechobee Festival, the tour continues on into the midwest and northeast with ThazDope Records' artist Prophet.

Without question, these are the biggest headlining dates these two artists have embarked upon, and while there are some pretty conspicuous markets missing from this tour, tickets for these announced shows are going to be moving fast, and the next crop of dates added will be even bigger. 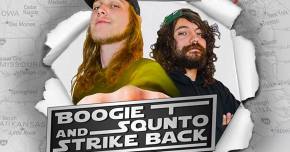 Boogie T & SQUNTO Strike Back (with a nationwide tour) 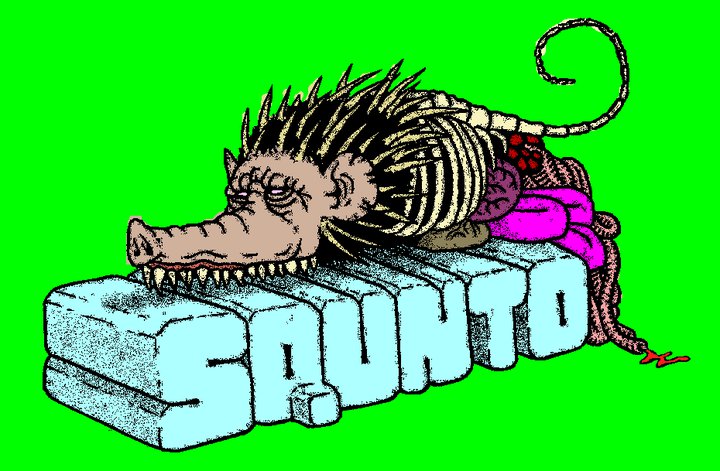