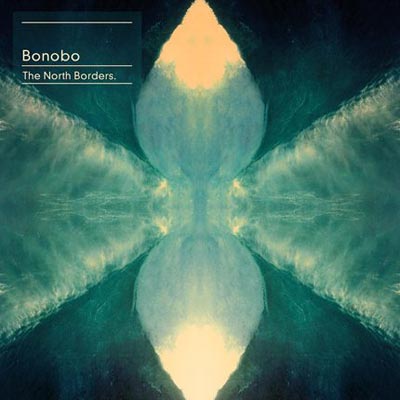 When your stage name is a breed of monkey, sultry trip-hop and sophisticated sonic landscapes might not be the first things called to mind by the uninformed masses. But if that name is Bonobo, artistic moniker for NYC-based UK transplant Simon Green, they just might be.

Green's career began when he appeared on a Tru Thoughts compilation album back in 1999 with "Terrapin," releasing that track on his own debut album Animal Magic when it followed in 2001. Green slowly developed his sound, blossoming from pure instrumental hip-hop into a unique fusion of that same style of hip-hop with jazz and soul and downtempo electronic music. Bonobo established himself in the lounge and trip-hop scenes of London in the aughts, and his multi-instrumental self-produced work earned him a reputation as a pioneer of downtempo electronic music. But it was in 2010 that he really made his mark, releasing master work Black Sands to critical acclaim. Bonobo toured the album extensively, often with a live band but also performing DJ sets in order to expand his touring reach. Reaching is something of a theme in Bonobo's new album,The North Borders, a recently released subtle and melancholic offering.

Bonobo diligently captures the sounds of his urban life, from air brakes to subway doors closing,  and mixes those samples, as well as crate treasures and jazzy instrumentation, with a bevy of percussion tracks. A connsumate  musician, Green plays most of the instruments on his albums.  He has often slimmed down to a DJ set in order to tour, but for most dates on The North Borders tour he is performing with a live band, which will certainly lend vibrancy to the performances. In a recent interview with NPR, Green revealed a bit about his creative process:  "The way I make music is often to kind of treat instrumentation like I would a sample... I'm just trying to sort of push the ideas of what can create melody, what can create rhythm, and how drum sounds don't necessarily need to come from drums, but can come from a different place."

Evoking the great cold expanses referenced in the title of the album, Bonobo opens his work with the melancholic dirge of "First Fires," which features vocals from Grey Reverend that speak to Bonobo's UK trip-hop roots. This track is like the comforting shoulder that you cry on, something you put in rotation when that ex...you know, that one, calls you out of the blue and it throws you into a funk.  The delicate strings build a subtle drama around Reverend's vocals and you are drawn in, into the cold expansive wildernesses as imagined by Bonobo. The album's title is a nod to the transatlantic NYC-London flight that Green frequents. The route crosses over Iceland and the northern territories of Canada. These wildernesses do not know the meanings of the political lines drawn through them, and it is that ambiguity to which Green alludes:  "I never know what's down there," he said in his interview with NPR,  "And I like the imagery of borders and moving away from traditional geographical fixings. The North Borders has that sort of non-nationalistic sound to it."

After floating listeners through "Emkay," an ambient track that calls up ocean waves and early mornings after late nights, Bonobo delivers "Cirrus," the first single off of The North Borders and the clear standout track on the album. This composition was born from Green's solo sessions fiddling with a thumb piano in his attic studio.  The ethereal twang of the kalimba is the basis for an energetic groove that is then layered with more bells and more percussion. The music video, produced by Cyriak, uses video collage and stop motion of the monolith of consumer culture, all growing out of the material dreams of the the 1950s American Dream. The imagery is fitting, as the track sounds something like an assembly line stepping into higher and higher gear, growing industrial and then tapering back to the simplest percussive lines. This is where Bonobo shines, affecting an entire emotional and cultural milieu by juxtaposing sounds to create a cohesive whole.


Another highlight of the album is "Heaven For the Sinner," which features Erykah Badu. In concept, we love the idea of this collaboration: to blend the hook driven instrumentals of Bonobo tracks with Badu's sultry Afro-funk mama vocals. In the delivery though, these  lyrics:  "God is waiting, when you're ready...when you're ready, please just ask it" deserve a little more oomph, both from the vocals and from the beat. A tad more emphasis from Ms. Badu, and a more subtle layering by Bonobo would allow her goddess power to shine through,  rather than leaving it muddled. This collaboration blends the artists, perhaps too well, such that what ought to be a breath-taking union of artists that showcases their chemistry together ends up as a pretty and subtle track that soothes and grooves but does not impact that way that it might.


What follows are two more atmospheric tracks.  "Sapphire" and "Jets" are jazzy chill-out tunes trending towards trip-hop. The latter feels a bit dated, but neither is particularly exciting or offensive. They are scenery. The plot thickens again when Bonobo taps Szjerdene for vocals on "Towers" and "Transits."  Szjerdene's anxious mode of story-telling and breathy ethereal vocals continue the soulful and melancholic mood of the album.  Much like Bonobo's collaborations with Andreya Triana onBlack Sands, there's that sense of a soulful young ingenue adding a freshness and a lushness to the urban edge of the producer's percussion-driven beats. On "Towers," Szjerdene stands tall, but  on "Transits" again Bonobo buries one of his muses, with Szjerdene's delicate honey voice lost against a harp and vibraphone sample. While we respect Green's  efforts in "re-contextualizing the sound and bringing it into a very different place from where it started", we wonder where he lost the touch for balance that created such harmony in his tracks with Triana.

The latter half of the album shifts into  a more upbeat and catchy vibe, with bouncy beats and faster tempos. On "Don't Wait", Bonobo scoops you up with a subtle humming groove and sways you along in comfortable funky dub. Production quality shines through as a few simple elements slip together sophisticatedly and create a swanky sonic vibe."Know You," the fastest track, feels almost drum-steppy and is as close to a dance track as Bonobo profers on this album.

"Antenna" could be the theme song of a fairy tale heroine. Lilting melodies  glide over a persistent kick drum, and perhaps a light snow starts to fall over the arctic landscape where Little Red Riding Hood sets out to cross the woods. While it does not climax, there is a buoyancy and focus in this track that makes it more engaging than the other straight instrumentals.


"Ten Tigers" has an almost typewriter click to it, calling up a similar energy as "Cirrus," but shifting the album's close back into a slower tempo, with the closing tracks showcasing a shadowier feel. Szjerdene coos, buried as she may be under the beat of "Transits," of an unspoken love, with the tempo lending a hectic anxiety to her laments. Finally, a successful collaboration with Cornelia (http://iamcornelia.com) makes beauty of a mess. Cornelia details the times she's given chances, made excuses, enabled, simply because "love is in the eyes of the beholder."  Here Bonobo's composition embraces Cornelia, and emphasizes her emotion, her listlessness and surrender. This collaboration is an example of better balance than "Transits" and "Heaven for a Sinner."

Bonobo utilizes a diverse electronic palette to paint fascinating landscapes. Unfortunately, his depth of field and focus fails at times and his application is uneven on The North Borders. Perhaps blinded in a snowstorm, we lose track of the trajectory of our journey this time. Nonetheless, the scenery is beautiful and we are pleased to be transported. While the delivery is unbalanced in impact, there is a predictable formula to Bonobo's work here, with his crisp percussive lines, diverse sampling, chill synths and satisfying releases. His years of experience in instrumentation have molded him into a talented composer. If nothing else, Bonobo delivers here another album perfect for those post-show early morning chill out sessions and ambience in home or business. With a touch more orchestral depth in certain places, and a lighter hand in layering in others, Bonobo would strike a better balance on this album, and perhaps create another masterpiece. What he has done -and which is no small task, after all, is what he does best….compose a cohesively themed and evocative work. We can practically see the aurora borealis.