For the first time, I went to Berkeley’s Shattuck Down Low, known for its salsa nights and hosts of underground hip hop acts. I was joined by a few friends and the creators of The Untz, Avi Gallant and Matthew Thomas, to watch an eclectic lineup of musicians including a live dubstep band, a comedic rapper, a legendary hip hop producer, and a glitch band finale. For such a small and relatively hidden venue underneath one of the city’s main streets, this show managed to pack on as much talent as it possibly could during the peak hours of Friday night.

The Drums:
Upon descending the staircase into the basement that makes up the venue, we were immediately bombarded with a florescent contour of a live band, striking because the drum set was placed in the forefront of the stage rather than in its usual place in the back. The reason: the band relied solely on its drummer to create the heavy, syncopated dubstep beats of the music rather than looping percussive sounds off a machine. Live dubstep has a much more wholesome sound than a dubstep track merely spun.

The Mic (Nocando):
The dubstep was immediately followed by a one-man show dubbed Nocando. He brought himself, his rhymes, and pre-fabricated beats over which he rapped. Perhaps Nocando belonged on Comedy Central Presents more so than as an opening act for the ones that were to follow, but he was nevertheless lighthearted and fun, no matter how ridiculous his rhymes were.

The next act featured a man that a lot of us listen to, but may or may not know it. He is the man behind a number of rapper Aesop Rock’s albums, but also produces for himself under the alias Blockhead. I was a little disappointed to see Blockhead mix only off of his laptop sans controller and sans headphones. But he is more of a producer than a DJ, and his mix was no less great than if he did have all that equipment. In fact, Blockhead managed to grab the largest crowd of that night, combining the most fluid mixture of hip hop and jazz-influenced tracks and ending his set with ones of my favorites of his productions, “Insomniac Olympics”. There wasn’t a moment to pause myself from at least nodding my head if not dancing.

Lastly, the headliner Signal Path played around midnight, an elaborate collage of all the three acts before it. Signal Path was part band/part DJ, a fusion of their history as a jam band and their newer influences in electronica and dubstep. They were surely a spectacle. While the drummer was great, I could not stop staring at the man strumming the electric guitar strapped around his shoulders. Between songs, he would suddenly swing the instrument completely behind him, and hunch over his midi controller, abusing the crossfader as if it were an instrument itself. The man clearly had two pairs of hands, and maybe even two personalities, interchanging between both throughout the next hour. Everything was done so fast and all at once that it was hard to distinguish what exactly was creating what sound, but the combination that came out of the vibrating bass strings, the turning knobs, and the crashing cymbals represented that unique sound of Signal Path. The performance by Signal Path was a live manifestation of the postmodern, a perfect convergence of the analog and the digital, and much more entertaining than either of those styles alone. 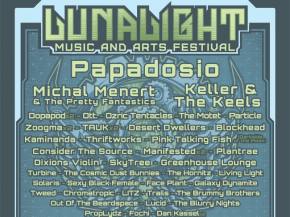 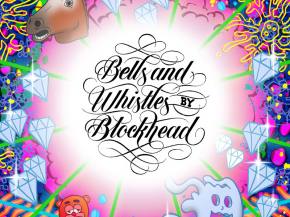