Conspirator, the full band featuring Marc Brownstein and Aron Magner of The Disco Biscuits, guitarist Chris Michetti, and a cast of the live music scene’s best drummers, has announced the 3-week “BLIZZARD OF BEATS TOUR – WINTER 2012” for February 2012 performances throughout Colorado and the Midwest. Tickets for all shows are available from individual venue ticketing. Please check with each venue for details.

The Blizzard of Beats Tour features top artists from the growing electronic music scene. After kicking off Winter 2012 on February 2 in Breckenridge, the band will spend a total of 10 days in Colorado – giving fans a great excuse to hit the slopes by bringing a string of live shows to the mountains before wrapping up their stint in The Centennial State with back to back shows in Boulder and Denver.

Conspirator will be joined by #1 Beatport Glitch Hop artist, Ben Samples for all six Colorado shows, while Dr. Fameus (Allen Aucoin of the Disco Biscuits) joins the Tour for the last three Colorado shows in Ft. Collins, Boulder, and Denver. From there, the Doctor continues to the Midwest, playing Milwaukee, Minneapolis, and Kalamazoo. Ben Silver of Orchard Lounge will join the Milwaukee and Minneapolis shows, along with the newest member of our team, Alpha Data, whose first ever EP, Nefertiti, will be released November 29th on Grunt Worthy.

Conspirator pulls into Chicago for a Friday night blowout on February 17th at the Congress Theater with Emancipator and Lotus! The February tour will then meet you at the Pageant in St. Louis for one more show with Lotus before wrapping things up in Kalamazoo, which proved to be another favorite stop for Conspirator in the past year. 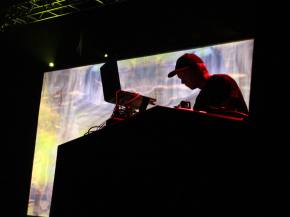