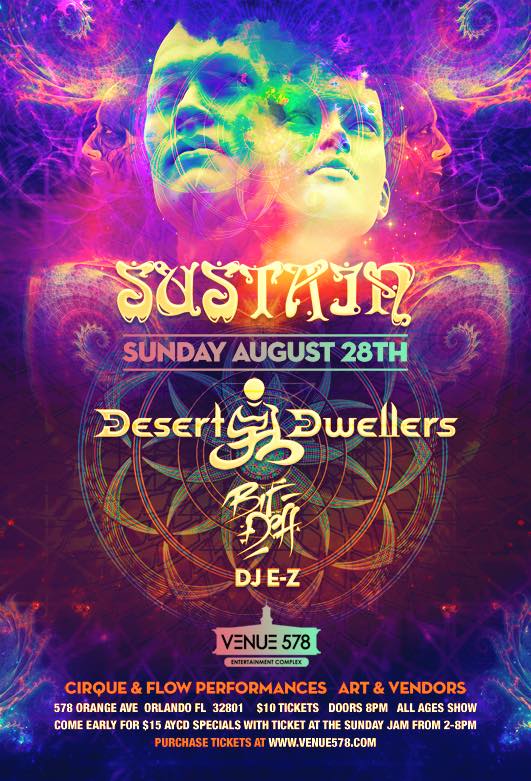 Born partially deaf in both ears, Kyle Piety's path to becoming an astounding electronic music producer has been circuitous, to say the least. Many surgeries later, Bit Deff is still a "bit deaf," but that hasn't stopped him from turning out some incredibly complex and danceable tunes over the years.

Which brings us to today's release of Crystals, thirteen tracks musing over the various properties and categories of our favorite geological friends. Diving into the chemical and spiritual properties of these multi-colored wonders, Piety has found his music amongst the gemstones.

We bring our fans "Tanzanite," which stands out amongst the incredible array because of its myriad of sonic styles and tempos. Ranging from funky breaks to driving house smack into a trappy climax, we get a sense of the many facets (pun intended) of Bit Deff.

You can catch Piety at the new Orlando, Florida weekly Sustain at Venue 578 on August 28th alongside Desert Dwellers and DJ E-Z, and Orlando gets a double dip with Bit Deff returning to Zen Awakening Festival in November alongside a handful of our favorite artists.

Name Your Own Price for CRYSTALS today!