Bird of Prey and Gibson, the duo better known as Birds of Paradise, have made some hardcore waves with their new full-length album Flight Patterns. Recently, the record reached number one on the Beatport Breaks Top 100, catapulting these contenders to stardom--fast. I may be just as amped as they are. Well… perhaps not, but the more I study these guys, the more stoked I get.

With every listen, their extraordinary talent becomes increasingly apparent and I am given a greater appreciation for sonic life (as if it could get no more?!!) Flight Patterns could be somewhat accurately described as, “SubTropical Fusion meets World and flirts with Magic.” Add to that, “Lullaby Science Lesson greets Hypnotic Suggestion, while Dark Breaky-Beats mingle with Psy-Everything.” Sounds complex… and ever-so-wonderfully, it is. Take for example their description in the About section on the Birds of Paradise Facebook page. It reads, “Holophonic Vibrational Architecture to Make Transparent the Boundary Between Matter and Mind, Flesh and Spirit.” Wow. (Told you these guys were legit!)

The pair last celebrated their album release by spriting away a sold out crowd at the Arcata Theatre alongside NastyNasty and Kalya Scintilla. One of only TWO special performances by the duo on Bird of Prey's Divine Alignment tour with Kalya (sponsored by TheUntz.com), the duo broke out some scintillating vibes on an unsuspecting audience. Birds of Paradise will venture to Haven Underground in Nevada City, CA this evening to once again dazzle a lucky bunch.

I had no idea something such as holophonic sound even existed--I had to look it up. And upon doing so, I donned my Beats immediately. Long story short… GET THIS ALBUM and prepare to be amazed by reverb’s rich texture. Don't forget about that lucious cover art from iconic artist Android Jones. Snag your copy today to end any self-imposed misery you might be experiencing. It’s a beautiful life, after all. 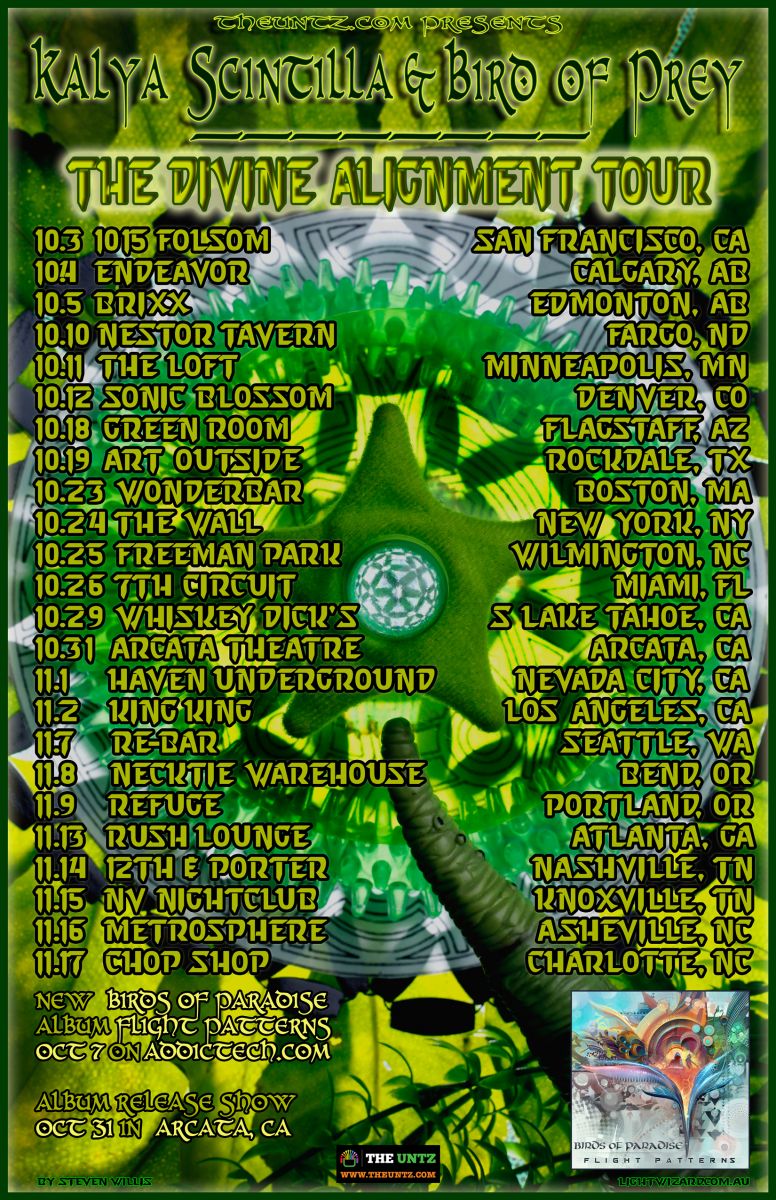