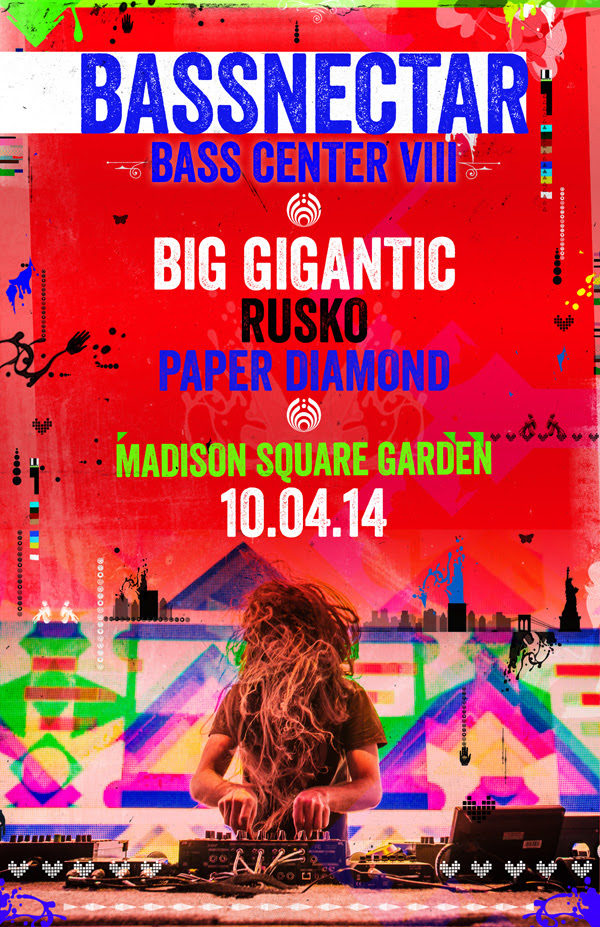 The build-up to Bassnectar's headlining show at the famed Madison Square Garden in New York City continues to grow. Yesterday, it was announced Big Gigantic, Rusko, and Paper Diamond will be joining the Baron of Boom at MSG on October 4th.

Each of the acts has supported Bassnectar in various capacities, but this marks the first time all four acts will be united under the Bass Center banner for an all out spectacle.

The announcement that Lorin Ashton would be bringing BASS CENTER VIII to one of the most iconic venues in the world was made shortly after the release of his lastest album, Noise vs. Beauty, which garnered the subsonic DJ and producer his highest Billboard rankings in an already illustrious career.

Expect out-of-this-world production, crazy theatrics, and one of the biggest Bassnectar shows in history, as the wildly popular producer attempts to fill each nook and cranny of the nearly 20,000 capacity arena.

He joins Phish, the Dead, Bruce Springsteen, and a very slim selection of artists who have been able to claim dominance over the legendary palace.

Fan club pre-sale tickets will be up tomorrow (July 9) at 11am EST, and the general public will get their chance on Friday, July 11. More information can be found at bassnectar.net.

Travel packages complete with transport, hotel, and miscellani can be found here.