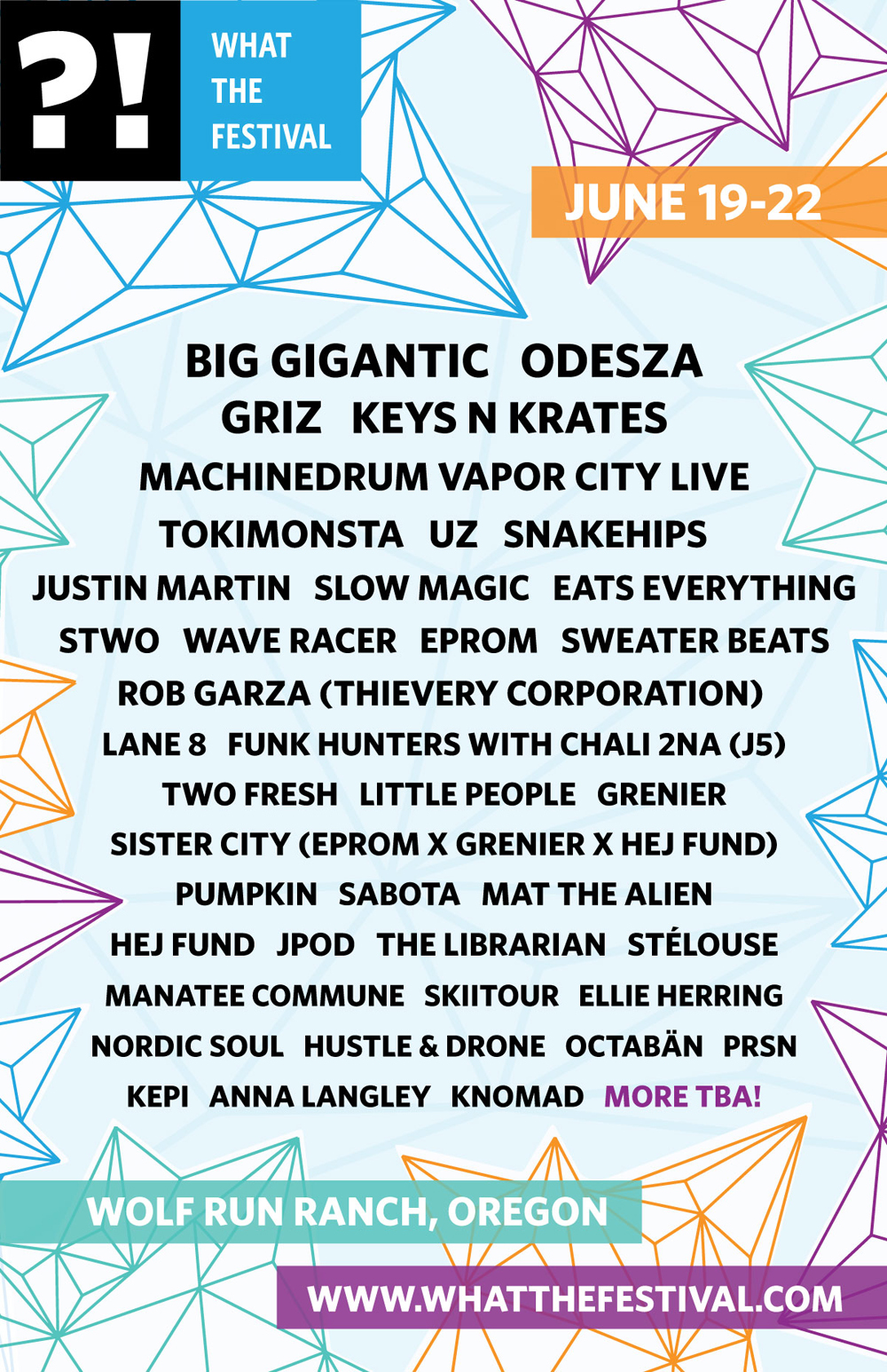 Returning to Wolf Run Ranch in Dufur, OR, just outside Portland, the main attraction of the festival, aside from the music, of course, is the fun and frenzied pool, which calls to festivalgoers throughout the hot, sticky, summer days June 19-22.

Machinedrum will bring his Vapor City Live set to the festival, along with Stwo, Snakehips, Wave Racer, Sweater Beats, Two Fresh, Little People, and the new left-field supergroup Sister City, which features Eprom, Grenier, and Hej Fund. How about that?

Tier 1 tickets are on-sale now at whatthefestival.com as well as OMG, the event's VIP level. You can also check out glamping options, and eco-shuttles from Portland on the festival's website.