Grammy-award winning Italian DJ/producer Benny Benassi is back with a new album: Electroman—a fitting name for the “Godfather of Electro,” a name Benassi earned when his 2002 smash-hit “Satisfaction,” became popular the world over. With guest artists like Chris Brown, Gary Go, T-Pain, and Kelis, Benassi is capturing the attention of first-time listeners and diehard fans, alike. Tracks like “Beautiful People,” are already riding the dance the charts around the globe, and Benassi is in the midst of supporting the release with a massive U.S. tour.

Starting off strong with the throbbing beat of “Good Girl,” Benassi throws in robotic vocal samples with the obedience school instructions “up, down, sit, roll over, come here, shake, etc,” amongst a lasery medley of quick, upbeat synths.

“Rather Be,” mixes the airy, light vocals and demands of Shanell with a reverberating beat, banging tambourines, and a fierce melody that’s ready for the dance floor.

Benassi adds several other danceable tracks like the pumped up, melody-heavy “Spaceship,” featuring Kelis, Apl.De.Ap, and Jean-Baptiste, the already popular “Beautiful People,” with the soaring vocals of hip-hop/R&B star Chris Brown, and the unmistakable vocals of T-Pain on the title track, which is sure to get crowds moving at clubs.

“Cinema,” is the album’s current single with the dreamy pop vocals of U.K. singer/songwriter Gary Go, set against a pulsing beat and a blisteringly captivating melody—not to mention it’s romantically catchy chorus. With an intense remix by electro/dubstep producer and DJ Skrillex (also featured on the album), the track has been a huge hit for Benassi since Ultra Music Festival in March and has been playing in clubs around the globe.

“My House,” featuring Jean-Baptiste is a perfect mix of cool vocals and a banging beat, though a little more like Benassi’s classic electro style. The tapping, morse code beat of “House Music,” amps up into a full-on smashing club hit, with high-pitched laser synths, stuttering vocals, and a heavy, constant beat that makes the fierce track a clear stand-out on the album.

Tracks like “Control,” and “Close To Me,” both featuring Gary Go, as well as “Leave this Club,” featuring Dhany, stay true to the strong dance vibe of Electroman—but perhaps a little more radio-friendly. With slightly less intensity than tracks like “House Music,” it will still be hard to resist moving to the driving, attractive beats characteristic of Benassi. Closing out the album with the aggressive, hip-hop vocals of the Ying Yang Twins on “All The Way (Live),” Benassi amps up the beat with cymbals and some subtle synths.

Benassi’s intense talent mixed with the superstar roster he packed into Electroman makes it more than just another electro album—with flavors of pop, house, and hip-hop Benassi has stayed true to his “Godfather of Electro,” nickname, but has expanded to a much more diverse and intriguing sound signaling, perhaps, the beginning of another movement. It’s never too late to be a godfather—again. 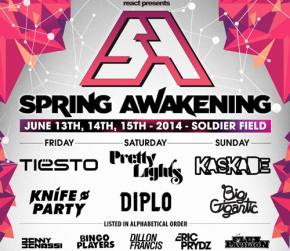 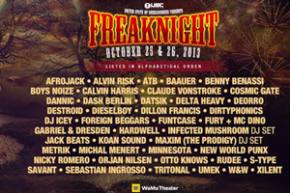 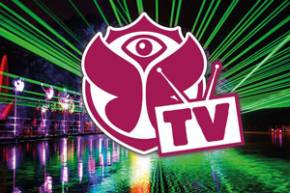