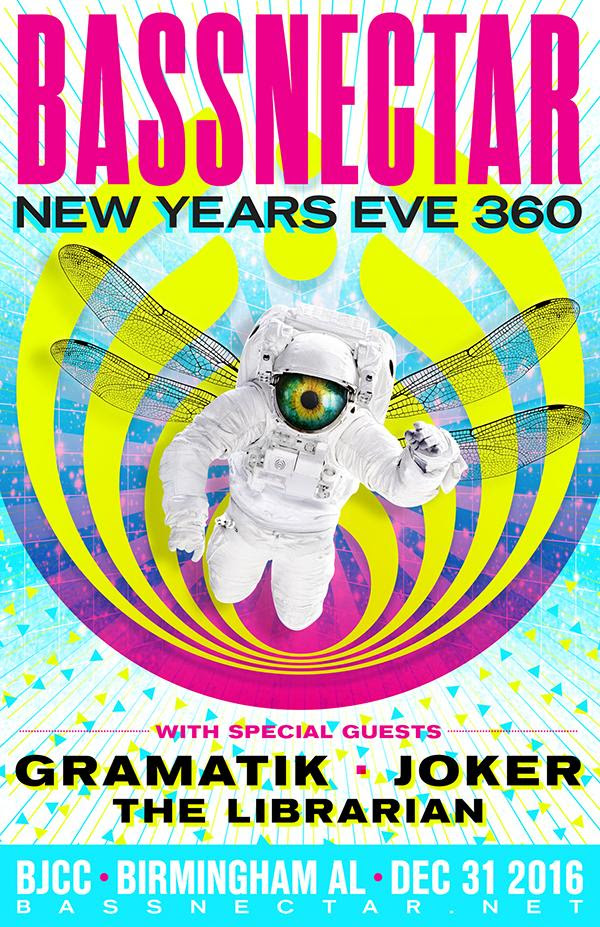 Mere days after selling out the iconic Madison Square Garden in New York City, the Sultan of Smash Bassnectar, announced he will be returning to Bridgestone Arena in Nashville, TN for the fourth year in a row to ring in the New Year with a full, 360-degree performance in the round.

On December 31, 2014, Lorin Ashton heads to Music City, USA with another absolute legend, Dave Tipper, as well as one of our all-time favorite producers, G Jones. Embracing his Playa roots, Bassnectar is bringing out two staples of the transformational festival scene, for what will no doubt be another sold out monster of a show in Nashvegas. Check out our Top 10 Tipper Songs for a crash course in the godfather of glitch-hop.

It's been a monster year for the bass music producer and DJ, who earlier this year released Noise vs Beauty, which rocketed up the electronic music charts. One of the biggest touring acts in the burgeoning electronic music scene, Ashton continues to reach new milestones (as evidenced by this past weekend's sellout of MSG), and embrace changes and trends in the industry, while maintaining his signature aesthetic.

Pre-sale tickets for the NYE event will be going up this Wednesday, October 8th, at 11am CDT, and you can grab those hot commodities at bassnectar.net. Keep it locked on TheUntz.com as we will no doubt be bringing you more info about this year-ending spectacular.