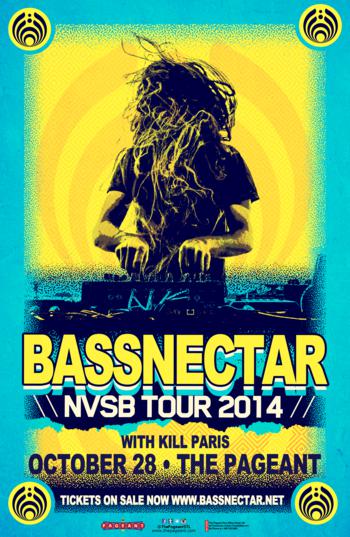 The word ‘ephemeral’ is an adjective to describe something that only lasts for a short amount of time. While the track and the goosebumps it creates are a fleeting sensory stimulation, the lasting effect of Bassnectar’s new “Ephemeral” is not.

The gorgeous downtempo track is designed to leave a permanent mark on the listener’s consciousness with its textured basslines, hypnotic synth and ambient, yet upbeat sound. The organic downtempo quality of “Ephemeral” possesses a nostalgic vibe that will magically transport the listener back to the days of Mesmerizing the Ultra, Lorin Ashton’s fifth full-length album released in 2005.

Ashton eloquently described this track release in an email to his amBASSador team this morning; “This song represents one of the warmest, softest, sweetest directions of my love affair with music: when it is light, and whimsical, and emotions — and reminds me to be grateful for every last detail in life.”

“Ephemeral” is from upcoming album #NVSB, which is scheduled to drop on June 24th. Give this glorious 4-and-a-half-minute track a listen and allow it to weave an ambient web of sweet, whimsical emotions around your mind. It’ll leave you fiendin’ for more of this sound and the rest of NVSB.

Check out "Now" ft Rye Rye, another taste of the new album.