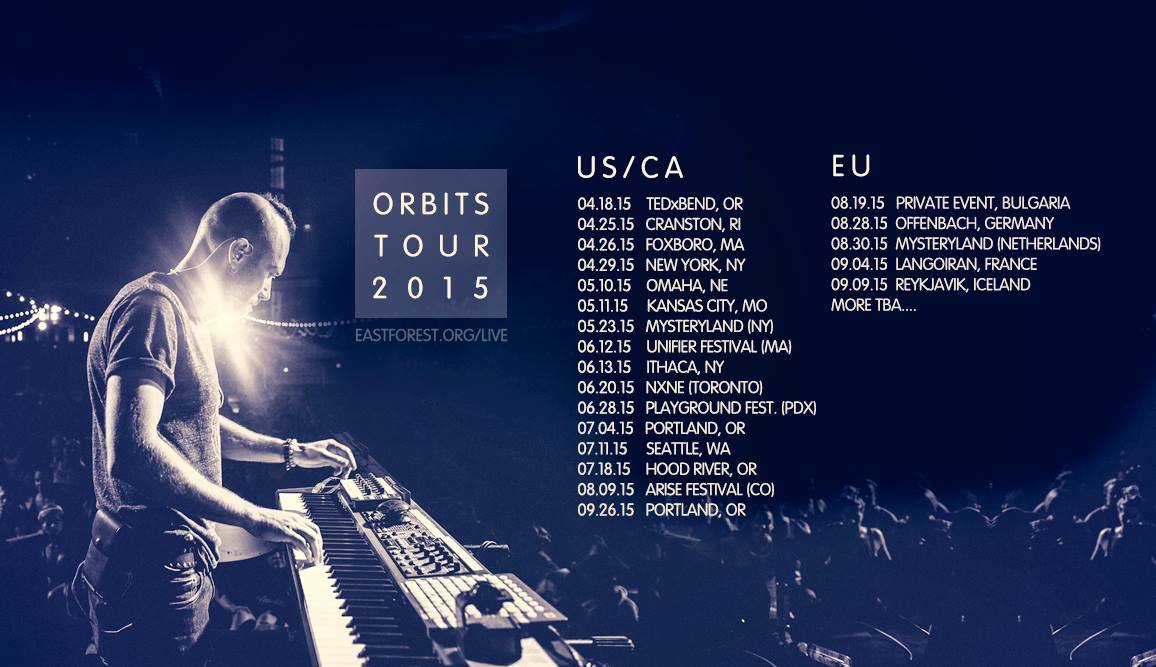 We might have just found your new favorite sunrise set artist.

Splitting the difference between Random Rab and Eskmo's alter ego Welder, Portland's East Forest, a.k.a. Trevor Oswalt, is an audiophile of a different breed. Where Alan Lomax had his backwoods jug bands and front porch singers and fields of migrant workers calling and responding ancient spirituals, Oswalt has the birds and the bees--not that kind.

Capturing the natural world in its purest form, from babbling brooks to schools of flying insects, East Forest melds the natural world with the technological realm of looping and splicing and cutting. And he can do this all on the fly, pulling these gorgeous worlds out of thin air and painting this delicate masterpiece in front of your eyes with the flick of a switch or a masterful chord progression.

Utilizing his own voice as an instrument, Trevor Oswalt balances the harshness of 1's and 0's in the electronic music sphere with light, serpentine loops of organic, buzzing, vibrant life. It's not just for the transformational set, either. East Forest has performed at the mainest of mainstream events, like Mysteryland, and even brought his marvel to the semi-corporate world of a Tedx talk in Bend, Oreg. You should really watch the video down below to get a true sense of what East Forest can create.

Catch his set at ARISE Music Festival, touching down in Loveland, CO at Sunrise Ranch from August 7-9. You can still grab tickets at arisefestival.com. After that, it's off to Europe for Oswalt, so bid him boy voyage and adieu next weekend in beautiful Colorado.