The music of certain performers is very theatrical. By that I mean that such music has the odd ability to cause listeners to build a visual scenario around certain moments or even certain sounds within songs.

I found myself doing this very thingas I listened to Archnemesis’ new EP, Every Man For Himself. I imagined scenes:fantastical events for which the seven tracks of the EP would form the backdrop.

The wistful jazz sample of “Intro”speaks oflate ‘60s or early-to-mid ‘70s crime dramas and sets the stage. Picture an establishing shot of San Francisco shrouded in fog, or of a Southie neighborhood in Boston in the dead of winter, or of the view of downtown Detroit coming from the south on 1-75.

But then the bass growls of “We Want The World” take over and you realize you’re dealing with something else entirely: thehybrid offspring of gangster films and modern action films.It’s shady back-room deals, betrayed friendships, car chases and late-night shootouts. It’s a place where Bullitt, John Shaft and Travis Bickle still ply their respective trades but with access to modern technology.

Archnemesis comes off as a much more aggressive version of Pretty Lights. Curt Heiny and Justin Aubuchonblend soul, blues, jazz and funk with modern rap and hip-hop textures with the same methodology as Derek Vincent Smith, but the music has a decidedly darker slant. Think black lights instead of pretty lights.

“We Want The World” is a real crusher and a powerful opener after the mellow 0.48 second long “Intro.” Listen closely for a snippet of classic Public Enemy.

The next three tracks seem a bit more subdued next to “We Want The World.” Don’t get me wrong, they still are great midtempo jams with plenty of glitching, growls and wobbles going on, but just don’t have the belligerent quality.

That is, until we come to the title track. “Every Man For Himself” revs up the nastiness again with beautiful, dark synth patterns and a clunking piano loop that keeps the beat almost for the entire length of the song.

The seventh and final track, “Mohawk,” returns to the subdued tone of the middle portion of the EP. An echoing flute riff comes and goes behind the beat along with strains of female vocals and provides a unique end to Archnemesis’ latest effort.

Every Man For Himself could work as the soundtrack to a genre-bending film. The music has a definite narrative quality to it. It could almost be said to possess a theme. Touches of this exist in the duo’s two previous EPs, but come to maturation in this EP.

Archnemesis kicked off its fall tour at the beginning of the month and will continue through early December. For the complete tour schedule and free downloads of Every Man For Himself, People’s Radio and Diamonds and Glass, visit www.archnemesismusic.com. 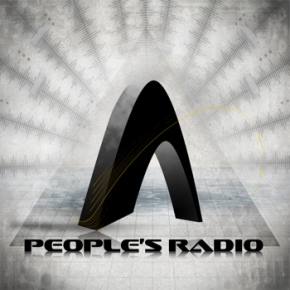