The phrase "lost in the sauce" has garnered an array of connotations over time—thus, the question arises that has been pondered by the masses; what do these words really mean? Generally, most people wouldn't gravitate towards the idea that they relate to something of artistic embodiment. But in the world of producer Cody Bones, aka Aplsoz (pronounced "applesauce"), that's exactly what they translate to—in fact, this fun and funky expression is the title of his most recent musical masterpiece, with the exception of a minor grammar revision (call it grounds for artistic license).

Composed of four mind-bending, bass-heavy tracks, Aplsoz's EP, Lost in the Soz, is the newest addition to Spankalicious’ ThazDope Records. You can put your money on the fact that your ears have never been filled with auditory awesomeness like this—each song is daringly unique in it’s own way, all while retaining loyalty to the OG Aplsoz sound. 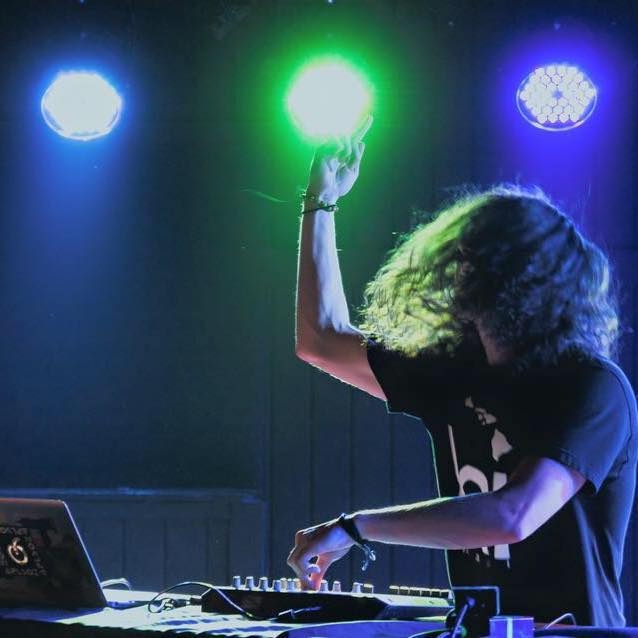 Before we go any further, you might be asking yourself, ‘Who the hell is Aplsoz, and what is the Aplsoz sound?’ His work portrays some of the most raw, gritty, unadulterated elements of electronic music out there—which is a breath of fresh air within a scene riddled with sappy, saturated styles and mainstream EDM culture. No single sub-genre could ever sufficiently describe Aplsoz's art; there is so much intricacy involved in his music that he developed a custom-made classification for his sound. Bones cleverly coined the term “Ultra-captivationism,” which refers to the concept of mesmerizing every listener on a fully-immersive level of mind, body, and soul through various integrated forms of bass music.

The moment that first spoonful of Aplsoz hits your tongue, each bodily sense becomes tantalized in an attempt to digest the complex layers of sound. His experimental harmonies portray influences of grime, glitch, dubstep, trap, hip-hop, electronica and more, all seamlessly interwoven into one giant quilt of futuristic goodness. To listen to an Aplsoz original or mix is to dive headfirst into a spiraling vortex of trippy bass, losing yourself in cascading celestial tones and psychedelic vibes, and to witness Cody do his thing live and direct is an unparalleled experience. No stranger to hyping up any space, be it a nightclub or a festival field, Aplsoz conveys a stage presence that radiates with bursting energy and focus. He's also no stranger to getting down every ounce as hard as the crowd dancing in front of him, whipping his dark locks to and fro in headbanging unison with his fans and friends.

So, lets really get into the sauce, or the "soz" rather. The first track on Bones' most recent EP Lost in the Soz is the product of his collab with ThazDope Records founder, Spankalicious. Aptly named “Infinite,” this song takes you on a boundless voyage through warped, ominous basslines and mysterious melodies for one of the most mind-distorting trap concoctions you'e ever heard.

“Krispy” is a track overflowing with textures and layers; its psychedelic structure stimulates the mind as it winds in and out of mellow drops and delicate drum-kicks, completely engulfing the listener in a world of space-bass. Speaking of otherworldly encounters, the next track is equally as eerie. “Other Worlds” opens strong with echoing frequencies that are held together by a grimy grasp, giving this track its gripping presence and full sound. 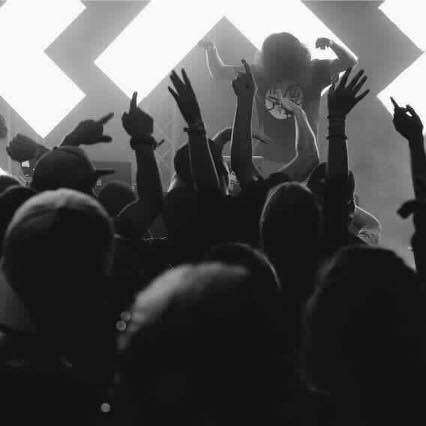 Last but certainly not least, “Seeing Sound” is appropriately named so because of it's wavy vibrations and downtempo drops that send supernatural shocks through your body once you give it a listen. We're not entirely sure, but there's a hefty chance that Cody was an alien in his past life.

Lost in the Soz might have just made it's debut, but don't think for a second that Bones hasn't already been grinding in the studio day-and-night, preparing for his next project(s). Slated for a MalLabel Music release in November, his forthcoming EP Wizard of Soz will be the next big break for Bones.

“The west coast has been so ridiculously influential to bass music, from it's origin, to where we are now. I want to show the music scene that it's coming from everywhere now, especially the Midwest,” says Cody in regards to the title of his upcoming EP, well, one of them at least. “I'm planning on doing an EP with ShadowTrix [Music] sometime after the new year,” and the Midwest phenom is thinking even further ahead to starting his very first LP sometime after that.

When he's not crushing in the studio cranking out fresh material, remixes and collabs, Aplsoz is on the road, serving up his beats at various shows and festivals across the country. Cody is exposing the Soz to venues all across the country, one state at a time, gaining mad recognition from bassheads far and wide through his lively performances. He'll be joining the stage with Freddy Todd for a show in Kansas City in late October, and then he returns to The Sunshine State for his second Zen Awakening appearance in November. Anticipations are running high as we await the arrival future Aplsoz productions, which are sure to live up to the notion of "Ultra-captivationism" that Cody has embraced and embodied since he introduced his talent years ago.