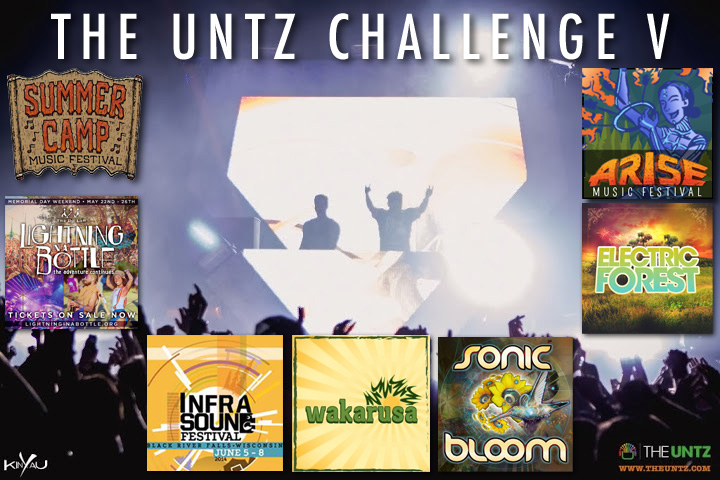 Now in its fifth incarnation, The Untz Challenge strives to give hustling electronic acts the chance to get on major festival bills and get a leg up in their career. This year, more than 300 submissions to the competition were whittled down to a strong list of 75 finalists. In the weeks of fan voting, the race was fierce, and many artists were neck-and-neck going into the final stretch.

During the course of the competition, more than 3,700 votes were cast, and the top recipient in the fan voting segment of the competition was Filibusta. A longtime competitor in The Untz Challenge, Troy Probst submitted a future funk tour de force that lifted him up to an outright victory.

When it came to making our staff selection in The Untz Challenge, we looked at several factors, including quality of the initial submission, effort to get out the fan suport during the voting period, and abillity to perform a memorable set. After much debate and some close calls, TheUntz.com staff eventually landed on Ryan Viser as our staff pick.

Ryan brings a GRiZ-meets-Russ Liquid vibe to the table, with funky electro-soul topped with live trumpet flair. We think Viser's live sets are going to absolutely explode when he hits these festivals, and we are confident we picked the right guy for the job.

Once again, we'd like to thank all the competitors who submitted tracks for The Untz Challenge V. If you weren't selected as a finalist this time around, or you didn't quite capture as many votes as you needed to get into contention, Troy is a model for how this works. He's been entering this competition for years now, and finally got the right track in place, with the perfect head of steam, getting his fans behind him to make this dream come true.

We're excited to kickstart the careers of these two winners--go out there, and make us proud!