Johnny Love began his music career more than six years ago in Chicago where he threw parties and introduced the city to electro acts like Justice and MSTRKRFT.  In 2006 Love moved to Los Angeles where he teamed up with Filip Nikolic to form electro act Guns N’ Bombs.  When Guns N’ Bombs disbanded in 2009, Love formed his current metal-tinged dubstep project, Deathface.  Before playing at Atlanta’s Club 668 last Saturday Love and I talked about what it means to be a hipster, the future of dubstep, Magic cards, and Nicki Minaj.

Andy Brown:  Your Wikipedia page says that you’re a hipster.  How do you feel about that?

Johnny Love:  It’s true.  I don’t see it as a negative connotation.  All a hipster indicates, in my opinion, is someone who is concerned with cultural movements and musical movements, and keeps their tastes abreast of what is current.  If you see some fucking douchebag who goes to Urban Outfitters to buy a keffiyeh [a head scarf worn by muslims] in 2010, that person’s not a hipster, that person’s a fakester.  It’s like, what year is this.  Whatever.  I don’t wear a keffiyeh in 2010, therefore I’m not that kind of hipster.

AB:  Your Facebook page lists other members of Deathface – Entro MC and Adri Law.  Who are they?  Are you turning Deathface into a band?

JL:  Yeah, well Entro MC is I guess a semi-legendary Chicago junglist MC, or was.  Now he’s like an artsy left field hip-hop dude.  But he contributes vocals on tracks, and Adri is gonna be the full time vocalist when it turns into a band.

JL:  Well the next record is coming out in February and that’s gonna have two tracks with her vocals on it.  And hopefully we’ll be touring as a band, quote unquote, after that.

AB:  When Guns N’ Bombs split up, why did you ditch house for dubstep?

JL:  Well first of all Guns N’ Bombs isn’t house, I would classify it as French touch electro.  But I had stopped playing electro even before the demise of Guns N’ Bombs because the people who had made [electro] interesting to me either weren’t making music anymore, or had changed what they were doing.  So towards the end of it I was already playing bass music.  I was throwing dubstep in my sets and playing bassline and stuff like that prior to the demise of Guns N’ Bombs.  And you can hear [final Guns N’ Bombs record] Riddle of Steel doesn’t sound anything like the first record.

AB:  Are you going to stick with dubstep?

JL:  You know, I feel like much to my chagrin dubstep is already on its way out because it’s so fucking mainstream.  I though I was pretty late to the dubstep game when I went to see Breakage play in L.A. at a smog party, and that was when the hardest track was some Benga track that has like a vocoder bassline, before any of the midrange stuff.  I mean I can’t talk shit about midrange bassline cus that’s what I do, but it’s like, when I play a Skream track and kids don’t care or don’t know it, that’s a bad fucking sign.  As long as you know what stuff comes from it’s fine.  But a lot of these kids have no fucking clue.  They don’t know who fucking Breakage is, or Benga, or any of these sons of bitches.  It’s like are you kidding me?  Give me a break.

AB:  Do you have a favorite dubstep producer?

JL:  You know I don’t have one favorite producer.  It kind of goes against what I play but I really like Egyptrixx a lot.  He was a dubstep producer, but the dude did a lot of hallucinogens or something.  But it’s awesome I love it.  Stuff like that, I’m not gonna start playing it, but I really do enjoy it.

AB:  Do you still live in the Bloghouse?

JL:  Oh yeah I did live in the Bloghouse.  It was awesome.  The people who lived there – it was me, one of the Acid Girls, Harvard Bass and Paparazzi.  It was Harvard Bass before he was anybody, when he was just a young pup being tutored by Paparazzi and I.  He actually learned how to use Logic in that house.  Look at him now.

AB:  You have your own place now?

JL:  I don’t even live in L.A. anymore.  I moved to New York and now I live in Charlotte.

AB:  Do you have a favorite city to play in?

JL:  Favorite city to play, I think in America, in recent memory…Richmond was phenomenal and so was Chatanooga.  Which coincides with my theory that the major cities are not where the next musical movement is.  New York – nothing’s happening in New York at all.  And Chicago, don’t even get me started.  And L.A. is on a downturn because it hit a critical mass with how popular electronic music was there and it oversaturated it and now the quality of everything has gone down because there’s so much.  As a result people come to these half-assed parties and lose interest fairly quickly.  But being that the South is behind – which is not an insult to the South, I love the South – it means that it hasn’t hit its peak and it hasn’t gone on the downswing yet.  So I think the South, the Southeast in particular is the next spot.

AB:  Is that why you moved?

JL:  Partially, yeah.  Being from Chicago and then living in these major cities I kind of had a disdain for the South.  I was ignorant.  I remember the first time I played Nashville as Guns N’ Bombs I was like “this is stupid,” you know, Nashville, but ever since then, since Deathface, Nashville is phenomenal, Chatanooga is phenomenal, Memphis, Richmond, Charleston, Atlanta…All these cities in the South are way more fun than New York or Chicago or…I mean L.A.’s still good but it’s not the L.A. it was two, three years ago.

JL:  It’s going pretty good.  Actually I’m having more luck converting friends of mine.  I moved to Charlotte and not surprisingly something doesn’t happen every night of the week.  So I started playing Magic on the last long tour that I did.  We hadn’t played in a couple of years.  Now my friends will come over and we call it “cool guy magic night” – it’ll be like six or seven of us playing Magic and drinking beer and hanging out with babes.

JL:  It’s kind of bad because I don’t have a favorite album of 2010.  I feel like I don’t pay enough attention to music even though my whole career is around music.  I don’t even know what the fuck is going on.

AB:  Have you heard the new Kanye disc?

JL:  See that’s the thing.  In fact I have such an aversion to finding out what’s new and popular music, like I hadn’t listened to the radio in at least six months and I was trapped in a car with this girl and her family for half an hour.  And I was subjected to half an hour of the top five songs because they don’t play more than five fucking songs.  It was right when the new Pink song premiered.  So I got to hear this piece of shit song six or seven times and it was the worst piece of drivel I’ve ever heard in my fucking life.  That’s really cemented my dislike…yeah, fuck it, I wish I didn’t know who Kanye West was.  Unless he wants to say he’s a fan of me.  Then I like him.  But I mean really, fuck, I don’t want to know what’s going on.  I just found out about Nicki Minaj, I wish I hadn’t.

Listen to some recent tracks below: 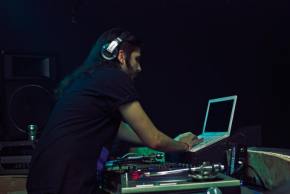 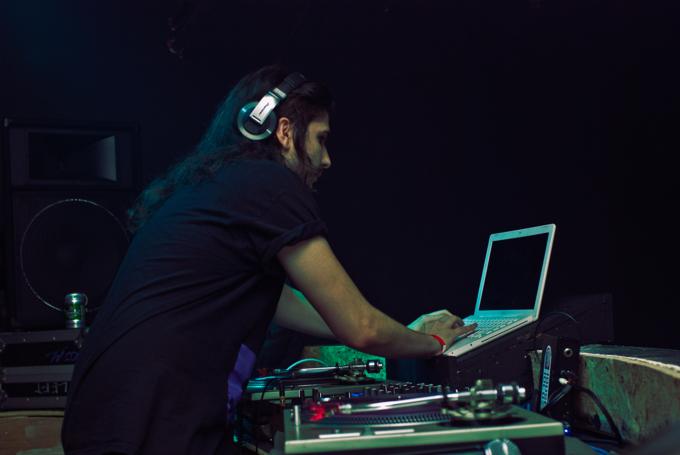