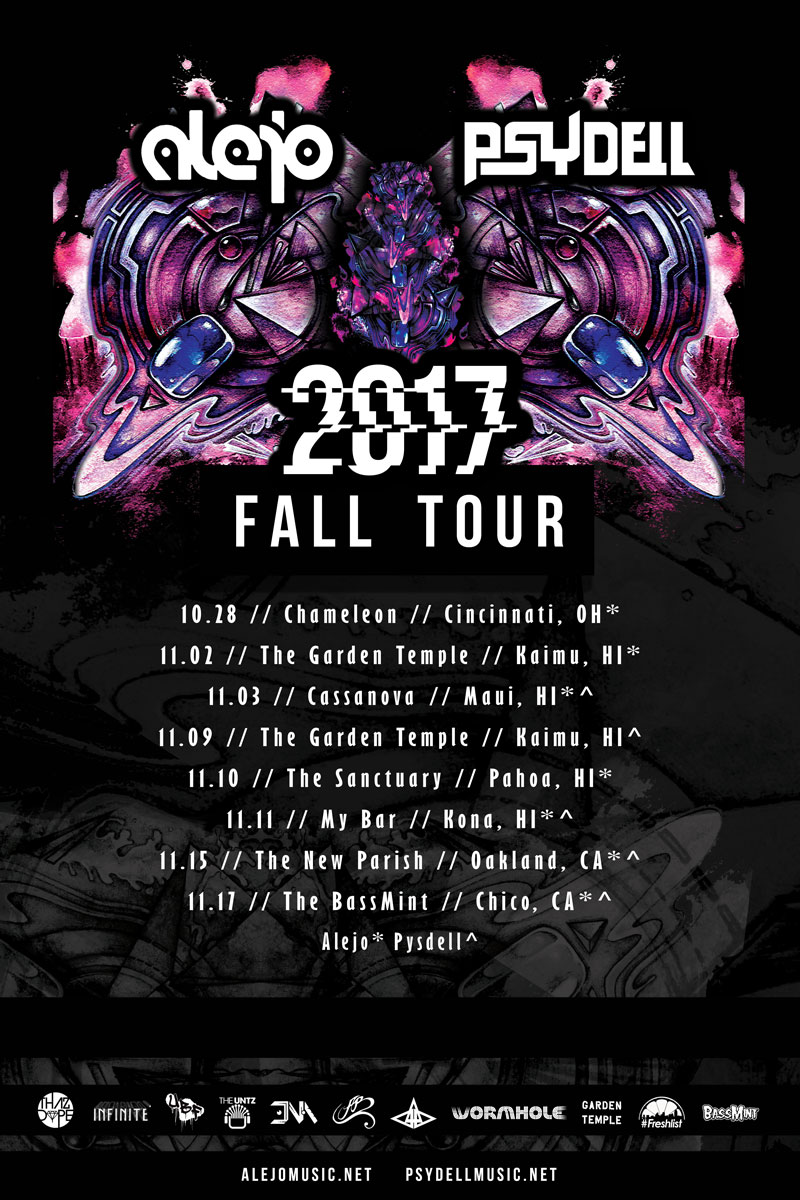 When ThazDope Records turned in its roster for The Untz Festival last year, we were overjoyed to find Alejo and Psydell among the top names on the list. Alexander Hinger and Josh Sidell have been amongst the hottest young talents in the psychedelic bass scene, favorites amongst our fans and staff, alike, and even snuck in a special B2B renegade sunrise set at the festival in the wee hours of Sunday morning on the ThazDope stage.

Hinger and Sidell today reveal their plans for this fall. Beginning at the end of this month in Cincinnati, the pair will kick off its fall tour with a Halloween date at The Chameleon, then the pair head out to Hawai'i for the first half of the month, island hopping back and forth from the big island to Maui and back again playing some of the most beautiful spots on earth.

Then the pair close out the run with a return to The New Parish in Oakland, California for a date with our partners at Wormhole Wednesday, who are regularly doing amazing work in the Bay Area bass scene. Then the pair hit The BassMint in Chicago, California two days later to finish things up.

Earlier this year, Psydell and Alejo collaborated on a joint EP, Other Than Ourselves, so I would expect some fun on-stage surprises throughout the run, as well as some extra material to come from both these guys as the run progresses. We at The Untz are thrilled to be on board in bringing these two out of the shadow and onto stages near you.