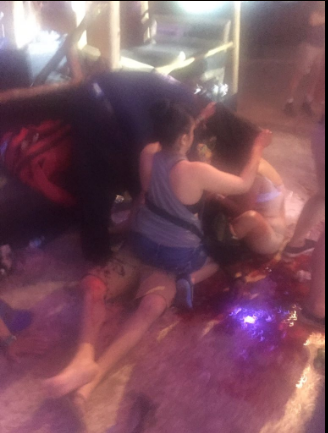 Reports indicate at least five people are dead following a shooting at a nightclub in the coastal city of Playa Del Carmen, an hour south of Cancun, Mexico. The shooting at the Blue Parrot nightclub early Monday morning took place during a closing party for the BPM Festival, which has been held in resort town for 10 years.

According to eye witnesses, a gunman opened fire through a back window of the club and panic-stricken revelers flooded into the streets during a performance by elrow. While Mexican authorities have made no statements at this time, some are speculating that the attack is cartel related.

The jam band Phish performed all weekend at the Riviera Maya 10 miles south of Playa Del Carmen over the same weekend, and concluded their performance on Sunday night. The shooting took place just after 3am at the Blue Parrot.

UK DJ Jackmaster tweeted about the shooting and encouraged festival attendees to stay at their hotels. Dubfire has indicated he was in the DJ booth at the time. BPM Festival itself made announcements regarding safety and security following the incident.