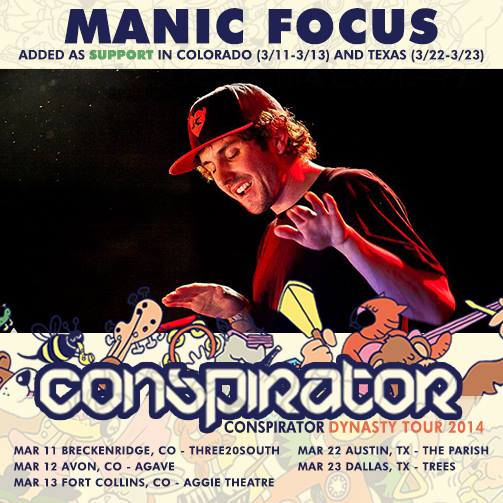 Is there anyone busier than Manic Focus right now? John McCarten will be headlining his very first show at Concord Music Hall in Chicago, IL on March 21st with Wick-it The Instigator, which will double as his album release party. He was just added to a slew of Colorado and Texas dates on TheUntz.com-sponsored Conspirator Dynasty Tour, and today, he kicks off a run of support dates on Big Gigantic's The Night Is Young tour. *Whew*. We're surprised he had time to talk to us!

1) Your first headlining show is coming up! What are you looking forward to and what are you doing to prepare for a performance of this magnitude?

I am currently trying to finish up an EP to release on GRiZ’s new label Liberated Music. I also am working on a lot of new tunes strictly for my live sets that I’m excited to drop at the Concord. I’m very excited to have my homies Wick-It the Instigator, Muzzy, and Inverse Universe playing with me.

2) Which festivals are you looking forward to and why?

I’m looking forward to festival season as a whole!  Every good festival has a unique element or vibe that no other festival has.  From the lineup, stages, production, sound, to the food, activities, campgrounds, weather….every good festival has a special something that brings everyone together.  I’m looking forward to playing all of the festivals that I’m currently announced on (Spring Awakening, Summer Camp, Wakarusa) and I’m also very excited for a ton of other festivals that have yet to announce their lineups.

3) You’re touring with Big Gigantic, one of the dance music industry’s most recognizable groups. What are you looking forward to the most and bringing back home with you?

I love Big Gigantic!  Dom and Jeremey are my dudes!  Their whole crew is amazing to work with, and they put on one of the best shows in the music industry.  I’ve got so much love for that crew, they’ve helped my career tremendously and have really taken me under their wing.  I’m very grateful and honored to be a part of it.  I’m looking forward to seeing the new show, playing in some of my favorite places in the midwest, and hanging out with my Big Gigantic fam!

4) The new album is on its way—what are you doing different than past Manic Focus releases, as I have noticed even a little drum n bass in recent shows?

It's not an album, but rather, an EP. I’m always making music, and always trying to push the boundaries of electronic music composition. The bar has been set very high by today’s music producers, so it takes a lot longer to make a piece that is up to par. I love where music is going, but I definitely feel a pressure to create something better than what I’ve previously created.  I’m experimenting with a lot of production techniques that I’ve learned from my producer friends, and I think people will really dig it.

5) You’ve made some of the illest remixes in the game, what's been your favorite band or song to remix and what's a song or sample you are eager to dabble with?

Every remix I’ve released has been fun to work on.  I’ve got a lot of folders of songs and samples that I want to use, but there isn’t really one specific sample that I’m itching to work with.

6) The Holy Ship just hit an iceberg, who are three artists on your iPod to get him through the stranded weeks?

I didn’t know there were icebergs near Miami, and I don’t think I’d be bumping an iPod if I was stranded on Holy Ship. It's a cruise ship filled with world class producers! 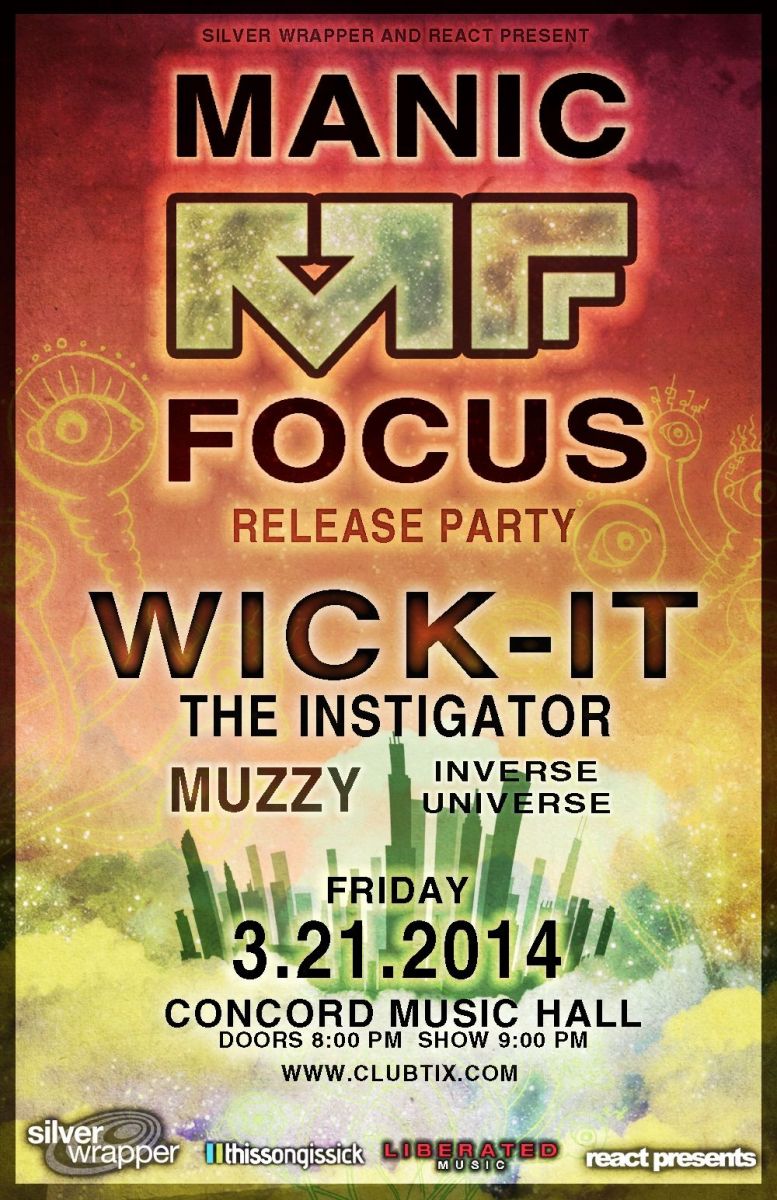 7) What’s favorite memory touring thus far and where are you anticipating most playing?

Playing at Red Rocks for Rowdytown II has definitely been a highlight of my career thus far.  There are a lot of places that I’m excited to play, but my headlining show at the Concord is the next show that I’m most excited for.

8) Who are you callabing with on the next MF album?

I’m not collaborating with anyone at the moment, but I do have some collabs in the works.  My collabs are surprises, but worth the wait!

9) If you could collaborate with any artist, regardless of genre  past or present who's in your Top 3?

There are a ton more names that came to mind, but those are 3 that would’ve been/would be exciting to work with.

I feel like I accomplished a ton last year, and while certain moments stand out, each moment wouldn’t exist without the prior moment.  The whole year was an accomplishment, and I only hope to do bigger and better things in 2014!