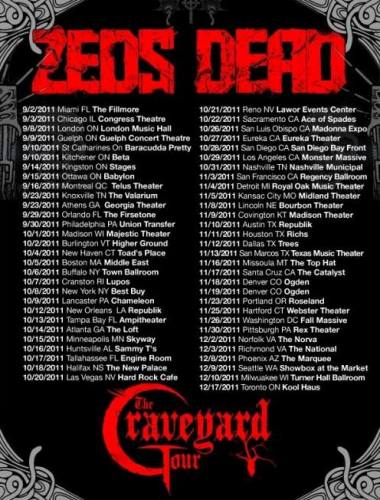 What: Zeds Dead @ The Loft


DC and Hooks are Zeds Dead


They first hooked up in 2004 and formed Mass Productions, catering to the digging in the crates sampling school of hip-hop. In the summer of 2009, the two launched their second collaboration - Zeds Dead - turning up the bpm and aiming the bass-lines at the dance-floor


With only a handful of releases under their belt, Zeds Dead has built a reputation as producers par excellence. By pulling from a vast array of source material (Radiohead, The Rolling Stones, The Moody Blues, Sublime), and molding it into their unique brand of dance-floor classics, they have established themselves as a dominant force in EDM circles and received recognition and praise from tastemakers worldwide


With a slew of unreleased originals and remixes in their arsenal, DC and Hooks show no signs of slowing down


Catch them live and you’ll know: Zeds Dead is here to stay