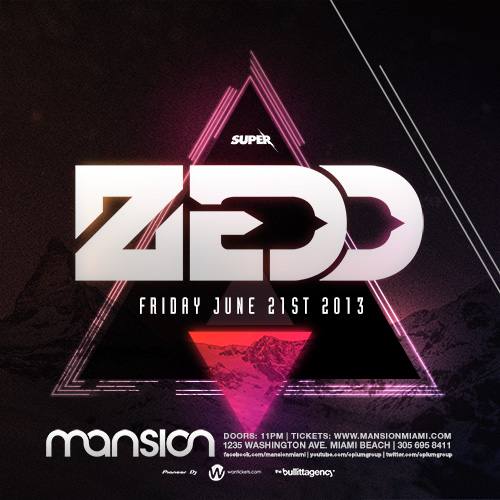 After being named Rolling Stone's “Artist to Watch” for 2012, and more recently, MTV deemed him an “Artist to Watch” for 2013. Zedd has performed at major festivals, including Ultra, Electric Daisy Carnival, and Nocturnal and in 2012, he performed at Coachella, Lollapalooza, Hard Summer in Los Angeles, and Electric Zoo in New York. Zedd made his national television debut on The Late Show with David Letterman in October where he turned his signature style upside down performing a stripped down version of his single “Clarity” -showcasing his classical training by playing piano alongside a string quartet and vox from Foxes. The performance is a prime example of Zedd's true musicianship beyond the realm of EDM. Zedd was also chosen to be the only opening act for the Asian leg of Lady Gaga's world stadium-tour "The Born This Was Ball”, and will rejoin her for the American leg in the spring of 2013.

A musical prodigy from the start, Zedd is already a powerhouse beyond the EDM realm. His originality and momentum will unquestionably propel him into the ranks of superstars. Join us for a special edition of "Super Friday" as we welcome Zedd back to Mansion for a sure to be unforgettable performance.