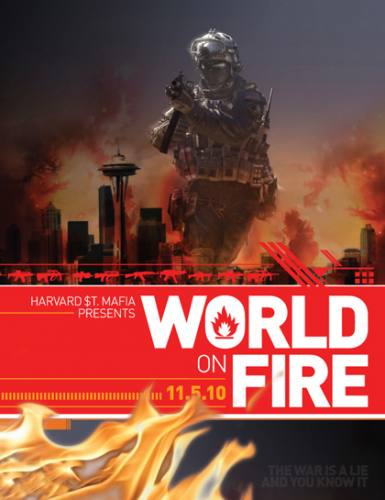 What: World On Fire

http://soundcloud.com/antiserumAt the forefront of San Francisco's exploding dubstep scene, Antiserum continues to landscape the globe with the West Coast's most visceral bass music. His production steeps in hip hop, reggae, and heavy metal - creating environments both dark and light, with an established tectonic bassline at 140bpm. His dj sets stretch between vast, futuristic soundscapes and rich, euphoric beats that are always packed with tons of original and unreleased material. He has played shows all over the USA & Canada, New Zealand, & Australia. A European tour is in the works for 2011.

Keep watch for his forthcoming 4-track EP on Excision's Rottun Recordings, a release on Caspa's Dub Police label, and a collaboration with 12th Planet on DJ Craze's Slow Roast backed with a Jakes Remix - all set for release later this year. He is currently working on new material with 12th Planet, SPL, Noah D, and Truth from New Zealand, as well as a remix of dub madman Lee Scratch Perry & Dubblestandart for a documentary by David Lynch. He has collaborated with dubstep heavyhitters Babylon System, DJ Distance, Eskmo, DJG, Vinja, The Spit Brothers, & Vancouver based producer/vocalist Ill-esha. Other recent projects include a remix of NYC techno legend Lenny Dee, 2 tracks featuring MC Messinian, a remix of london based punk band "Spektrum", and a remix of Excision and Liquid Stranger's "Get to the point".

http://www.triagepdx.com/ | http://soundcloud.com/triageTRIAGE is the collaborative union of Debt, Liar, and Seth Norman. Raised on the renegade party culture of pacific-northwestern America, the trio discovered a mutual affinity for music production, DJing and the cutting-edge sounds of Drum and Bass in 2006.

Since then, few dance music genres have been safe from their unique dedication to the art of club-flattening bass, sonic experimentation and technical nuance. Releases on labels such as Lime Dubs, Rottun Recordings, Shift, Trust in Music and Onset Audio have garnered attention in dubstep and drum n bass circles alike. 2009 saw Triage, along with Jaden, make their inaugural foray into breaks with a chart-climbing release on the Bombtraxx label.

Those following Triage are about to see the most exciting phase yet in the group’s swift progression from local secret to international phenomenon. Collaborative projects with luminary artists like SPL, Dementia, and The Bassist are set for vinyl release soon on Hollow Point, Habit, Trust in Music, and Terminal Dusk. The long-awaited Triage remix of Excision’s “No Escape” had great success gaining a top ten spot on beatport's most downloaded DnB tunes. With that release brings more anticipation for Triage's take on Excision and Datsik's "Boom" coming soon on Rottun and more new dubstep singles slated to drop on vinyl through Requiem Audio and Vicious Audio.

The Hollow Point Mafia’s “Valhalla” EP, featuring two new Triage tracks and two huge collaborations with SPL and The Bassist, descends this summer. With imminent releases on some of the greatest labels in drum n bass and dubstep music, as well as support and recognition from artists around the globe, Triage is set to be bigger, better, and louder than ever in 2011.

http://soundcloud.com/kidsimpledubsThough he has only been present in the Dubstep scene for a little over a year, 20 year old Seattle based producer/DJ Kid Simple has gained the attention of many by producing high-energy Dubstep, paying close attention to both melody and space. With DJ support from Sam Supa, Lukki, Megalodon, Sublo, Surpass and more, Kid Simple’s music has moved dance floors worldwide, been played on radio stations Sub FM, Dubstep FM, and Seattle’s c89.5, and featured in multiple studio mixes. This recent attention has given him the opportunity to DJ both locally and out of state, sharing the stage with the likes of DZ, Antiserum, UltraBlack, and more. With released material covering diverse labels such as Shift, Brap Dem!, Double Drop, and Phantom Hertz, Kid Simple provides a mix that is bound to keep your body moving and your mind intrigued.

http://soundcloud.com/tonyrockyhorror206Host of the Afterparty on Seattle, WA's C89.5 FM, and Producer//DJ.

Arrive early or purchase presales. This event has limited capacity. 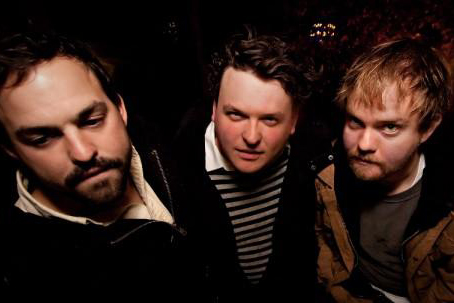