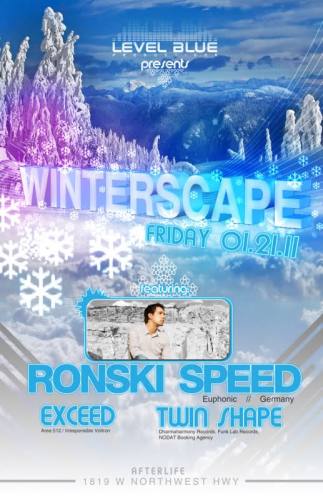 Ronski Speed (euphonic germany) is with no doubts one of the most demanded producers and djs worldwide. His numerous killer productions like 'The Space We Are', 'Incognition' & 'Soulseeker' with Stoneface & Terminal, 'E.O.S. vs. Satellite' with Above & Beyonds project Oceanlab, 'Lasting Light' with Emma Hewitt, 'All The Way' with Aruna, 'Are You?', 'Deep Devine' and 'The Perspective Space'. his remixes for the biggest names in the scene like Armin van Buuren, Above & Beyond, ATB and Heather Nova, Lange, Aly and Fila, Markus Schulz and Andy Moor were genuine club smasher. As a DJ Ronski Speed played already in more than 50 countries at all continets of the world. Since 2003 he is listed in the DJ Mag Top 100. Various Mix compilations and were released in the past and also his first album: 'pure devotion'. His radio shows 'Euphonic Sessions' and 'True To Trance' were broadcasted in over 50 radio stations all over the planet.

Twin Shape is a Live project centered around Downtempo and Trip-Hop, but within you will find a blend of elements borrowed from genres such as: Glitch, Dub, DnB, and Psy. The feel ranges between bright and melodic, dark and mysterious, to lush and atmospheric. The sound is constantly evolving and will keep you guessing without disappointment. Choosing to let the music speak for itself, Twin Shape performs live from behind a mask that can change from show to show, pulling listeners into an audio/visual journey of his creation.

Better known as the new breed of Texas dj's, Exceed aka Brett Stovall is not only known for his skills behind the decks and for his impeccable track selection, but also for the intense crowd connection he builds on every dance floor. That is what truly makes him stand out from the rest. Starting on the streets in 2003 this Texas born DJ has been holding down multiple residences from the age of 17. Since then he has become a Texas favorite and has taken the Electronic dance music scene by storm performing at clubs and raves all over the state as well as making appearances in Nevada, Colorado, Maryland, Arkansas, Utah and Alaska.

Currently when Exceed isn't out on the streets or melting faces on the dance floor, You can find him in the studio turning out several tracks,remixes and bootlegs. The Original Mix of his first EP release "Gotta Get Up" Charted at #14 on Beatport's Top 100 Electro Downloads. Be on the lookout for more upcoming releases and remixes on Champion Beats Records, Night Shade Music and more bootlegs on various blogs. As Exceed continues to push the limit you can see that there is no sign of slowing down anytime soon. You can listen and download Exceed's music and DJ Mixes Beatport.cm and www.soundcloud.com/djexceed. Also tune into to Hypersonic Radio Saturday nights on 101.5fm in Austin Tx airing 10pm-12am for special guests appearances 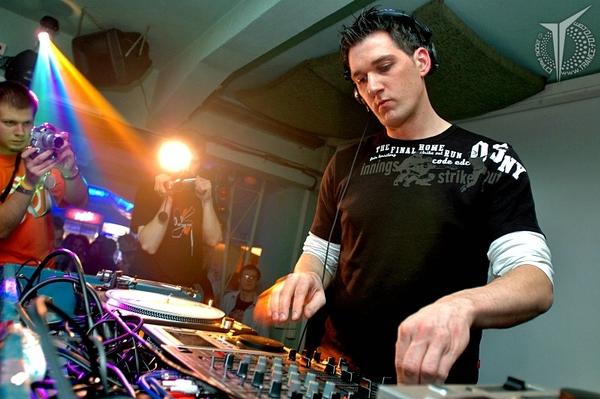