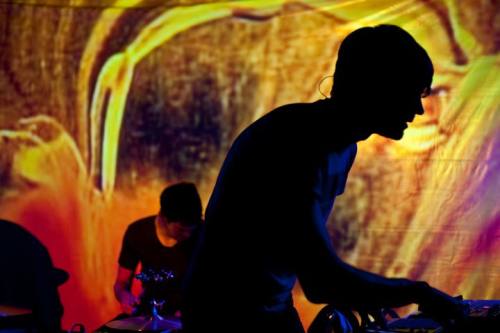 What: Tycho @ The Urban Lounge

While his formative years were spent listening to everything from Yes to Photek, Scott Hansen didn’t get his hands on an actual guitar or drum machine until he left his native Sacramento for San Francisco in 1995. “Encountering this whole new world at 20 years old was a profound experience,” says Hansen, better known by his musical pseudonym Tycho and as the graphic artist ISO50. “At the time, I was just learning the processes of design and music; both felt very similar, and have flowed back and forth for me ever since.”

As seamless as his two creative outlets have been, nearly a decade passed before the release of Hansen’s first proper Tycho LP, Sunrise Projector (later expanded and reissued under the titlePast Is Prologue). And while three striking singles have emerged since then, the sum of all those sepia-toned parts is nowhere near the double-exposed soundscapes of Dive. The product of a prolonged break from IS050’s design work and blog, it pays tribute to Tycho’s prismatic past (the dense, guitar-guided turning points of “Daydream” and “Adrift”) but spends most of its time pointing to the project’s not-so-distant future.