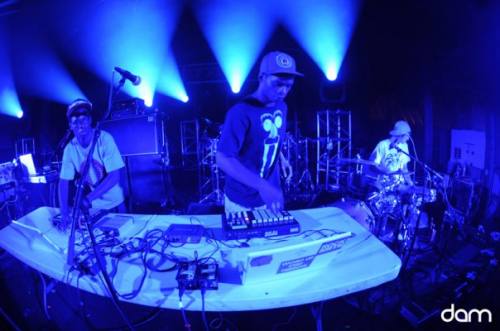 Two Fresh consists of twin brothers Sherwyn and Kendrick Nicholls and is accompanied live by drummer Colby Buckler. The twins have been making beats and playing music together since their freshman year of high school. In August of 2008, they began playing shows across the south. In early December they added on Colby on drums for the live setting. Together they bust out some of the freshest tracks, wowing people from all over the spectrum. Packing out venues, they keep the whole place moving with a raw, cutting edge sound that is a combination of hip-hop and jazz that takes electronic music to a whole new level. No matter what your into, Two Fresh will bring you music that is guaranteed to keep you moving. Their sound has begun to grasp the attention of people across the globe.